I named my design Parall as seen below. 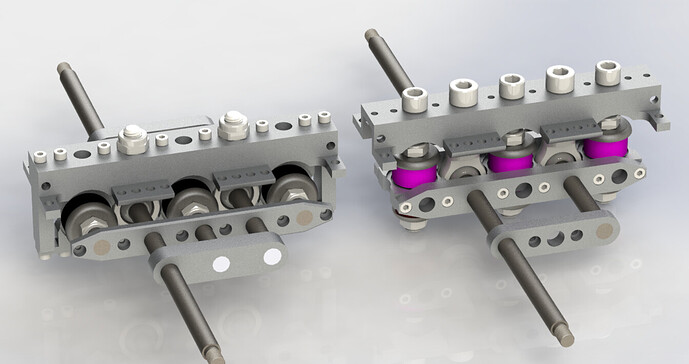 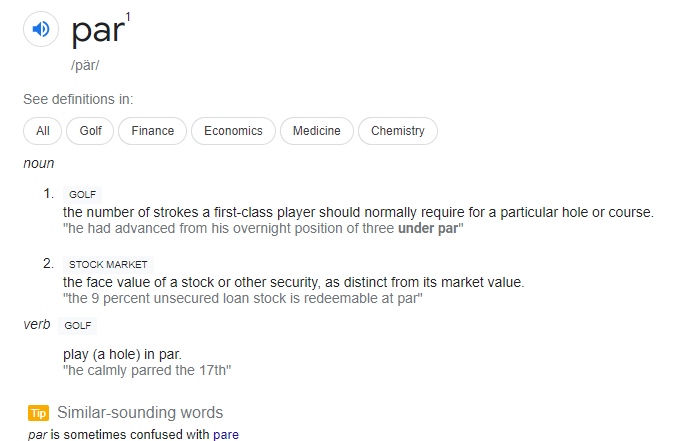 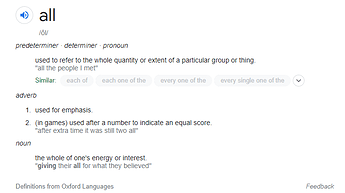 Random name I just came up with, I will use it now for my version. PATs (ParAllTrucks) Reasoning is it sounds a bit like Parallel Kingpins but easier to have a different shortened name to call it.
Par in golf referring to a number of hit in a golf score. a bit like these have a number of bushing seats
All because they can be changed to do all the things I need.

too big to too big

they can be changed to do all the things I need.

I’m convinced there’s some genius to this that’s obscured behind its enormous complexity. Pardon my ignorance but can you elaborate on what needs you’re referring to? What does this construction add or solve?

Well it adds, the ability to add. More kingpins and bushings. A use case where it is mega helpful to have the most support possible is with Freeboarding and naturally the electric freeboards. People usually seek out the hardest available (96a) bushings and crank them down and it is still possible to desire more given the wide hangers and way you ride lol. If you look at the Leiftech freeboard modding thread I was talking about using the Apex airs and that made me think of that use case when I began working on this.
The way to make 0 degree trucks work on a Freeboard I can talk about later, not super sure about it yet but others approved the idea.

I got the idea that you could easily adapt the SRB NKP trucks to a 0 degree version by adding a second rod, it doubles the strength of the trucks in some ways and makes it so you can resist (like a literal) ton of torque. 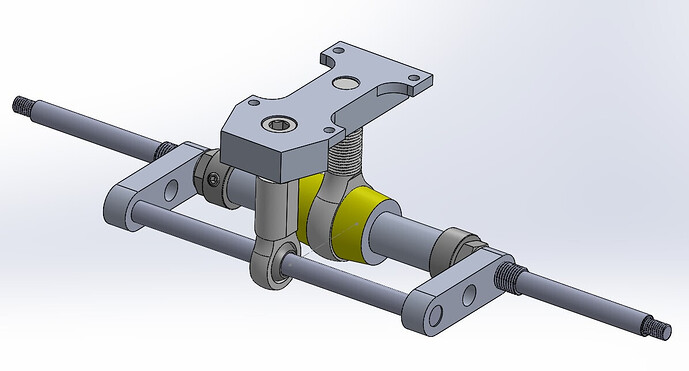 looks pretty cool with the tiny amount of taken up, like you need huge crazy drivetrain to take up all that space.

Do you have a physical set of 3 links in hand?

Mainly, and also, this is pretty cool. Trying to mentally digest what is going on still.

I do know how to design a shifting gearbox for it! Pneumatic or servo based gear shifts

Mainly, and also, this is pretty cool. Trying to mentally digest what is going on still.

you would buy/handmake the parts you can and then if it is too much you cut part of it off.

What I have done for these triple bushing stack versions is move from a 1/2in rod end to a 10mm, this allows and idk maybe necessitates two, although the support of bushings is to be considered.

hmm I kinda put a restraint on myself and made it fit magnum bushings and not cut all the space between and made it only fit barrels which could be switched to… I wanted a single kingpin with magnums in the front to be possible.

Also the bushing seats being able to reconfigured from horizontal to vertical is interesting to me.

with vertical you do not have to worry about left and ride side bushing differences.

I can’t think of any other innovation

looks like we are finally getting that cappuccino machine!

I’m convinced there’s some genius to this that’s obscured behind its enormous complexity. Pardon my ignorance but can you elaborate on what needs you’re referring to? What does this construction add or solve?

Did not get close to answering this. This design allows you two easily scale any part of the dimensions more or less. it can be scaled to the point of supporting massive loads. I could make a configuration that is perfect for the WheelEEZ Fosterqc projectie’z with the 30cm+ size wheels, those need some serious room to turn and compensation for height.

The kind of idea of sticking rod ends on a skateboard baseplate and trying to make an epic drivetrain certainly has a lot of ways it could end up. Most anything you could imagine I suppose.

One thing I think would be perfect to try on these is the Tracked drive module idea. I thought about making one that fits boardnamics/Torqueboards CNC hangers… these are just more suited I think due to the dual axles and large mounting plate built in right at the end of the hanger, instead of an adapter on the BN/TB trucks.
^In order to get that done I need to get the BN AT drive CAD files then make those parts mount on here, and start on the roller chain track drive modules. After I could adapt it onto the other hangers, maybe test it before I bother doing that.

Looks expensive. Can you post a picture of it mounted on a board? They seem very large. But interesting idea non the less.

less money than 3 links, but more money in riptide bushings on each truck than it cost for a set of 50 cals.

The sheet metal angled attachment parts not yet designed would get rid of the deck interference.
or a riser lol, besides the trucks themselves having adjustable height you could use to solve this. 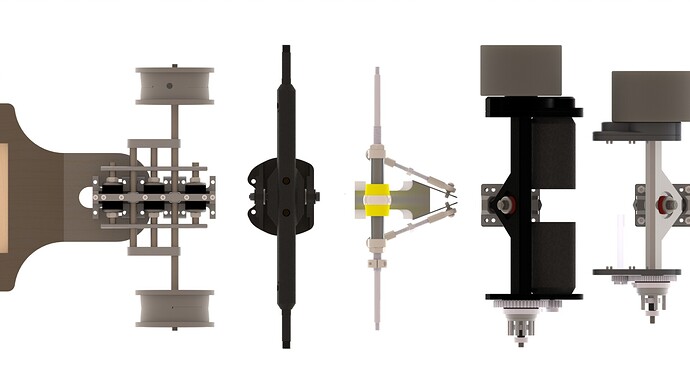 idk if this is genius or

Shitty DIY and nothing else! or some Weird theories and ideas thread

would it work tho? would be pretty sick to see those on a board

well if your deck angle the front it is gonna be pointed 30 degrees up so needing that adjustment. Good idea I like that. There are also all the m4/5 holes up top for stuff like that.

All the better to make a single modular truck that can suit the needs of my many board designs!! 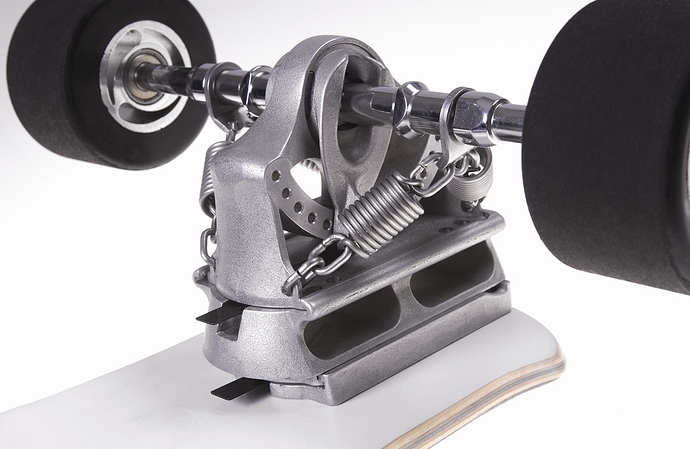 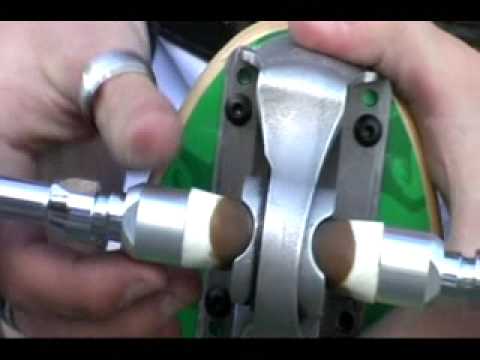 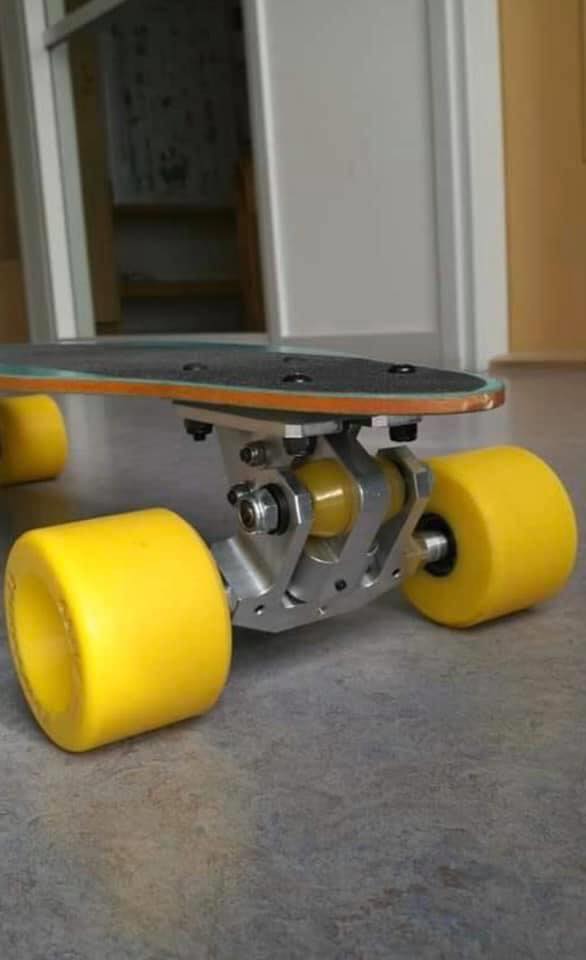 huh these actually are reminisce of the PAT

All the better to make a single modular truck that can suit the needs of my many board designs!!

spending more to spend less, I like that but in reality we both know you’re too addicted to getting new parts and building boards

Quick reminder : Trucks have been invented around 1860 to dance on a wooden floor…not to carve at 50km/h with motors, potentially offroad…

150 years later, trying to correct the defaults of a 19th century technology without questioning the design itself seems obsessive to me.

It looks like a railway bogie at first glance.

People usually seek out the hardest available (96a) bushings and crank them down and it is still possible to desire more given the wide hangers and way you ride lol.

If the problem is extra leverage due to the increased arm length, then wouldn’t the solution be to decrease the arm length by placing the bushings closer to the wheels, and not in the middle? Although I guess that just becomes a channel truck at that point. And I’m guessing that doesn’t work for you for some reason or another

I’m trying really hard to imagine how these work but all I’ve got is “bendy truck look cool.”