I would check the data sheet of the cells you use.
https://datasheetspdf.com/mobile-pdf/951041/Samsung/INR18650-30Q.html

It says 4A fast charge per cell.
The rest is up to you, your charge port and the bms with wires.

Where is the best information for setting up the unity and dealing with the new speed control? Before I begin I wish to educate myself without reading a giant thread filled with bullshit and have to sift through everything to find actual technical data and useful information.
30q 60a BMS 12cell
LHB 190kv 4000w motors
107mm wheels
wheel pulley is 36
What should my motor pulley be X??

Mine broke the hole

What silicon/adhesive do all you guys use for building P-Groups?

hot glue. Some people use corning 737 or other neutral cure silicones that won’t smell terrible and leave deposits on things as it cures.

Really?
Ive heard that you should avoid it bc the heat damages the cells?

that’s… not true. It only takes a thin bead which doesn’t carry enough heat to raise the cell above room temp.

What it does do, however, is let you build your packs a lot faster. liquid silicone takes hours to cure.

Hot glue is much less flexible though. I’d trust silicone much more in the long-term if pack construction speed is not an issue for you.

@b264 is right. Don’t hot glue the p-groups to each other, just within themselves.

Try mounting the motor to the motor mount this will give you something substantial to hold on to and makes pulling the motor apart and putting it back together much easier.

@longhairedboy picked up a e-caliber for a board im building for my wife.
Was offered a pair of 5065 150kv motors.
They should fit right? Im running a spacer on the axle and bolt on pulleys.

With spacers on the axles you have at most about 188mm between the wheels on CaliberE hangers. Those motors are about 68mm long, so even with two 15mm belts you’re at 166mm so you’ll have plenty of room.

I go about it another way. I stick the cells in a jig to solder the p groups. Then I can silicone a little bead either side and you can immediately wrap the groups in sticky fishpaper, or leave them over night. 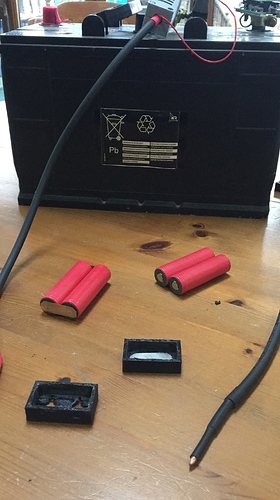 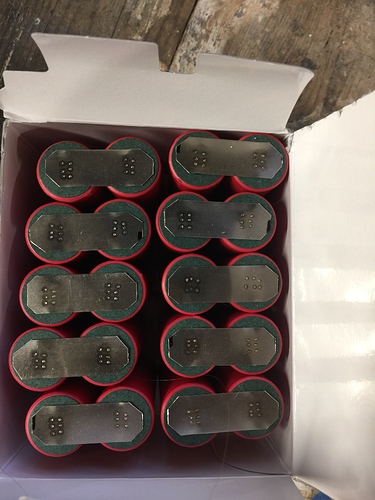 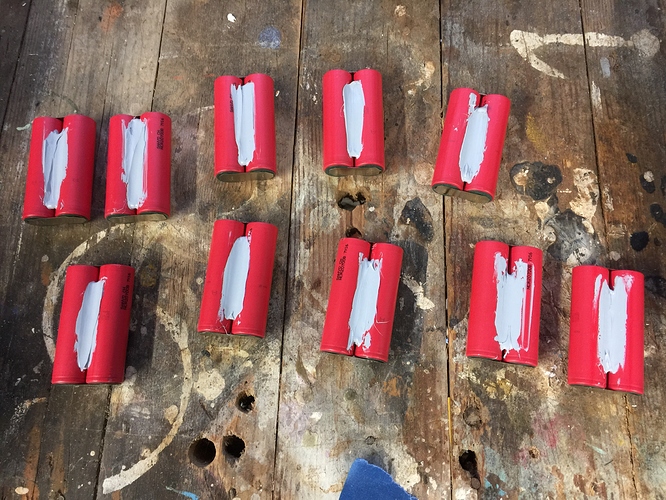 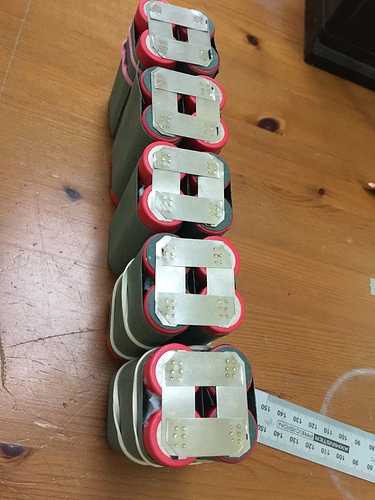 So in other words e-Cailbers would work with 2x74 and 12mm belts!? 16 mm room for motor mount and space between motors. Didn’t think that was possible…

That’s the maximum with the wheels all the way at the end of the axles (but still nylon engaged fully) and those are TB110 wheels. Don’t forget about the motor mount thickness either.

You’d have a grand total of 1mm on each side and most pulleys are 1mm extra wide. I think it could be done, especially if you recessed the motor into the mount… but it’d be ridiculously tight and I wouldn’t attempt unless you’re prepared for failure. It would be awesome, though.

If the motor mount was 3mm thick under the motor, and thicker everywhere else, it would probably work.

Not sure there is an actual 74mm motor that is actually 74mm long. Caliber E trucks are just a standard 10’ caliber with longer axles aren’t they? @b264

Yes, they are. But this longer axle allows a lot of flexibility for electrical modifications, including spreading the wheels apart if needed. A CaliberE is exactly a Caliber2 with longer axles like a TB218.