No thread to talk about doing all that yet 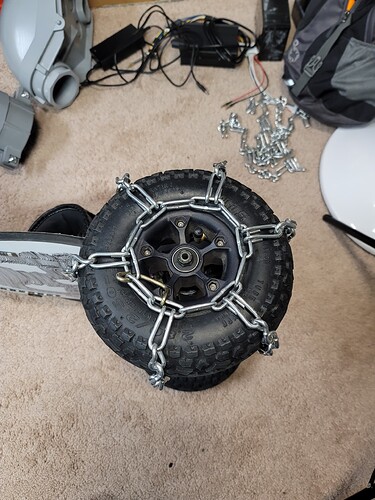 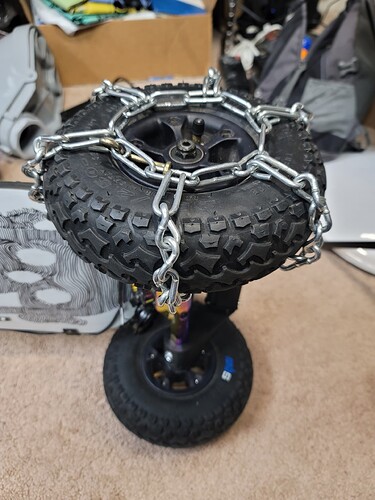 Thanks! I bought this chain set off amazon hoping it could fit but its about two times too big, so I had to modify them to fit.

The good thing about the original chains being twice as big is that I only need the set of two to make chains for all 4 tires lol Or I could double up on the cross links if 6 isnt enough.

I hope we get some good snow this year so I can try this out.

One thing to consider if it is possible, you may want to flip the chain 2 prong hooks around so the prong part rests away from the tire. I’d be scared it’d wear through the tire wall. 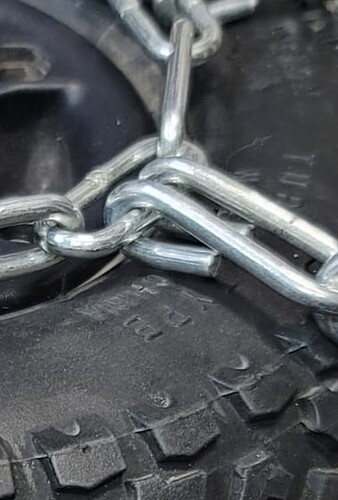 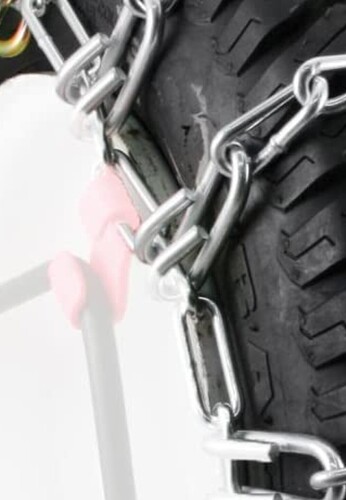 Could be nothing, could be a set of tires

it seems to make this work with BN AT drives you would have to make the ring on the inner side wider, and keep it from hitting the gearbox. Not sure… May not be worth the trouble.

what about keeping the battery heated? range is just destroyed in the winter when it gets below -10

what about keeping the battery heated? range is just destroyed in the winter when it gets below -10

If you start out with it at room temp you should be okay as the pack heats itself when used and it’s in a (mostly) sealed enclosure that significantly slows heat loss.

Honestly those doubled up tires don’t seem like a terrible idea for this. Spread out the weight so you sink less, and double your contact patch and grip.

Image from a Kami video

Better than digging a hole and not rolling at all

I did that the other day on 200x50 knobbies. board just stopped moving from 70% speed and I slid about 15m forward on one foot. was a funny fall.

now I want treads with dick shaped bumps, so everyone can know how much I’m compensating for with bigger wheels.

too late
i have the confirmed smallest dick😛

u know whats even worse for rolling resistance? Snow, mud, and sand

I thought that spot was taken by “the only chick here”

he’s a chick though, now withtout thinking too deep, therefore having not a dick

I still have a dick, but it’s macroscopic

curious if we’ll ever get studdable 8" esk8 tires

Anyway… I wanted to ask if anyone has tried Trampa’s diamond pattern tires in the snow? 8" or 9" 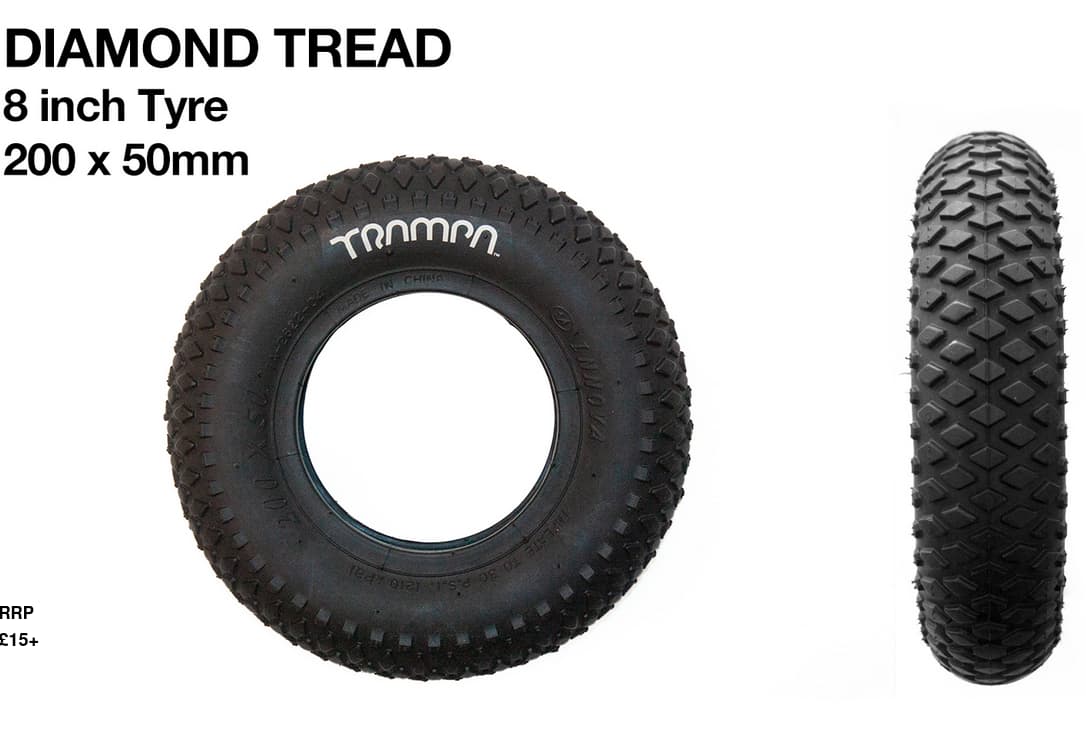 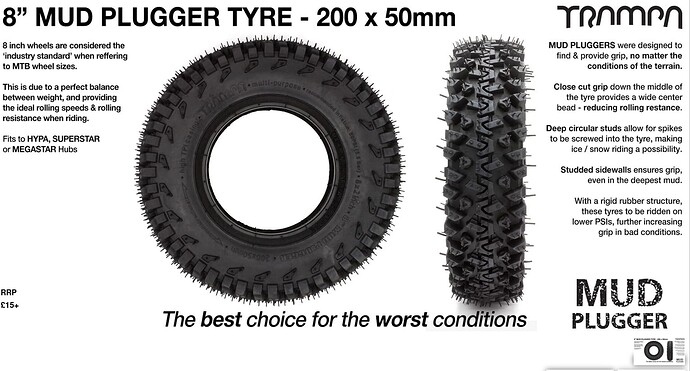 @Trampa what do your riders / customers prefer for riding on compacted snow?

i think, he def did i don’t remember if i told him to order some for me too cause i wanted the 7” version more

but ya, gonna try and have those for when snow kicks in, and for offroadinng

when 7” back in stock? who knows

The 9" Mudplugger is pretty good in the snow. We tried that last winter.

Imo 9’ Diamonds sucks on the rear, ok on the front
9’ mudplugger at 15psi did a great job 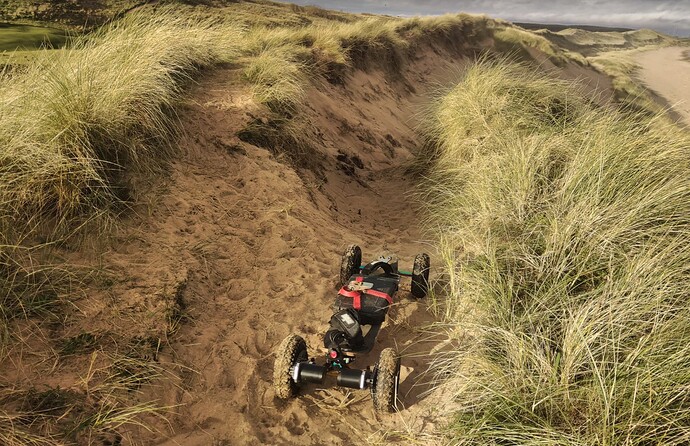 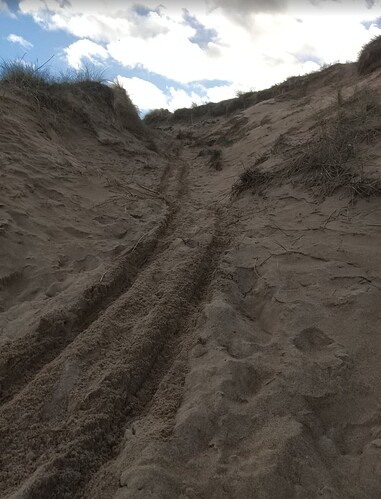 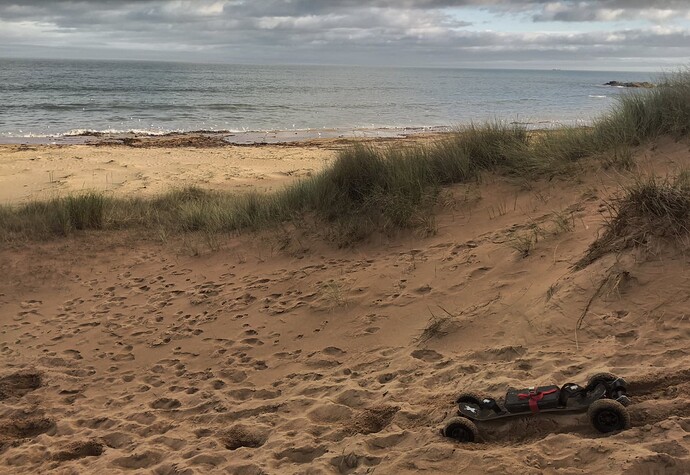 I think doubles will get me just that bit further 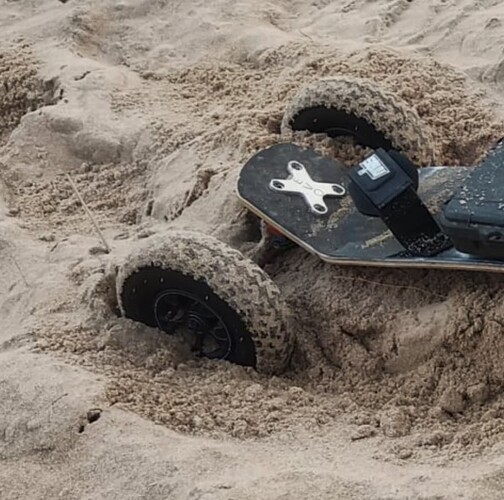 I failed to get to the hard sand but I was still pretty impressed how far I got, next time I planning a route hitting the vegetation for traction 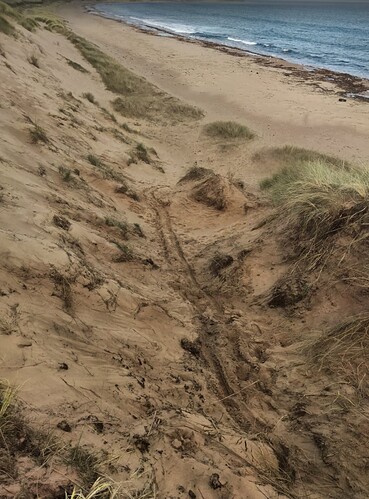 I think doubles will get me just that bit further

Is there a way to do this with MBS fivestars
and not just Trampa style hubs? Maybe a huge 3d printed spacer and do you don’t actually need an extra set of hubs.

Nice testing and pics in the sand there btw