How to update firmware on the Flipsky 75100 FOC ESC

This 84v 100a ESC can often be found on AliExpress for under $100 shipped. Flipsky claims the firmware cannot be updated and won’t release the source code, so I modified and compiled my own. 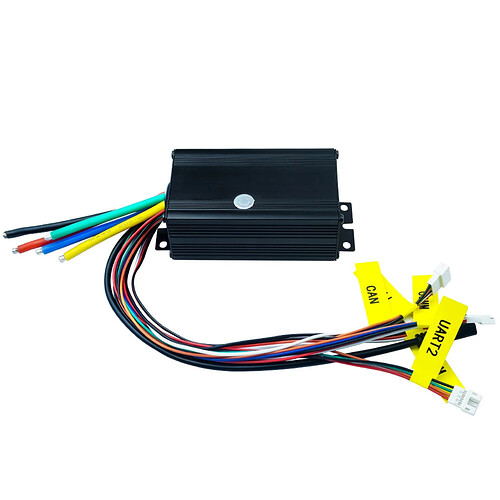 image1000×1000 93.1 KB
NOTE: There are two incorrect versions of this diagram floating around. The ADC1 pin is at the end of the COMM connector, and the Hall Sensors may be different. This version is correct: 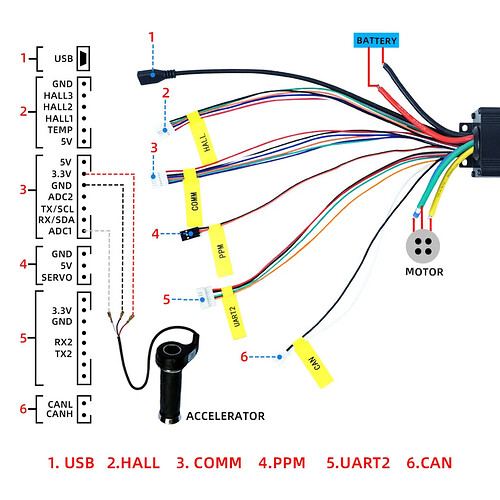 History:
At first, Flipsky released this ESC with a note on their website that said the firmware couldn’t be updated. When I contacted them, they said they would not release the source code even though they are obligated to under the GPL license that the VESC project is released under. Frustrated at their response, and wanting to use field weakening, I figured out how to modify and compile my own firmware and upload it to the ESC.

I later learned that Flipsky employees, using their personal email addresses, bought two early units off the Chinese version of craigslist from a hobbyist designer. They copied the design, modified it slightly for ease of production, then released it as their own giving no credit or royalties to the original designer. They pulled the firmware from the original unit and used it to load onto their production units. Since Flipsky apparently lacks the skillset to create their own firmware, and didn’t want to go back to the original creator they stole the design from to ask for the source code, they simply said that the firmware cannot be updated. After getting enough flack from various people contacting them, they slightly modified the hardware and released V202 so it would kind of work with the stock 75_300 firmware, but not really. That way they were GPL compliant and still didn’t have to credit or pay the original designer.

NOTE: You must use the correct firmware version otherwise the motor current readings will be off by a factor of 3! 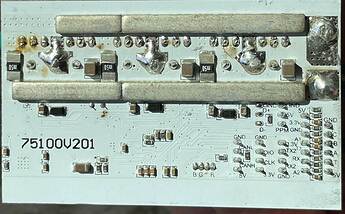 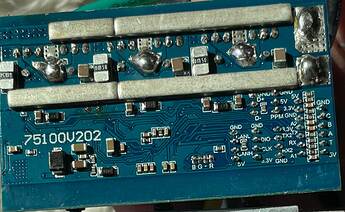 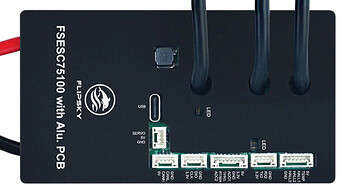 How to flash these firmware versions:

Has anyone been able to flash the bootloader and use USB for subsequent updates?

Oh man that was the missing piece!

I thought the bootloader was installed with the firmware, but apparently it’s not

I couldn’t get the firmware to update over USB, but once I loaded the bootloader through USB with the VESC tool, I’m able to upload any custom firmware and it sticks!

So if anyone wants to try this:

I think loading firmware can be done without using the SWD port at all, but I’ve flashed so many times someone else with a stock unit will need to confirm it.

That’s is so awesome!!! Thanks man!

Let me know if you are able to load firmware over USB by updating the bootloader then firmware and not having to use the SWD port. If so, I’ll update the main instructions

Thank you very much!

Just flashed your hacked FW through USB. EasyPeasy. BLDC , DC, GPD (whatever that is) modes are all there.

Need to install it back in the scooter, but if you dont hear from me in a few days then assume its working.

On what settings are you running it and what is the max battery current you can pull?

I’ve only been running 30A / 50pA because that’s all the ebike can take based on the battery & phase wire gauge. I’m planning a P26A battery build and an upgraded motor, but that’s a few months out.

The 5.2 hacked firmware should perform the same as the 5.2 stock firmware. I kept all the firmware limits the original one had. I could compile a no limit firmware if you want, but if you are running into over current faults there are other things to try first.

The over current is not my biggest concern since, it runs fine with 100pA. The over current fault occurs just over 100pA when it’s running out of specs. My concern is the lack of power and the produced heat.

Even @60pA it runs way too fast hot and the outside temperature was just 5C.
I can’t imagine that i can handle more than 30pA during summer time, that’s why I asked at what setting you are running it.

Are you running the stock firmware or the hacked firmware above? I think you are right about the unit overheating fairly quickly. Though even a VESC 6 will thermal throttle down to about 40 motor amps if run at full amps for more than a few minutes.

I did notice a massive performance boost running this vs an 18A Chinese controller though. It can basically climb any hill at full speed, which wasn’t possible before.

This run was set to 30 battery amps and 40 motor amps on the stock firmware. The motor is voltage limited to about 20mph so I’m basically full throttle most of the time (watch the duty cycle)

My temps were decent at that amp draw.

I plan to do a few more tests with field weakening later this week so we will see how that goes. That should allow me to artificially up the amps and see if I get the same overheating results you did.

I run the stock FW.

Your logs look waaay better than mine. I don’t unterstand how you can pull 35bA/50pA and 30ba/40pA at such low temperature compared to my logs. Yours look like how I expected to be.

My logs are on a small “500w” geared hub motor running at 1500w (44 saggy volts and 35 battery amps). It gets up to top speed in just a few seconds so it doesn’t draw a lot of motor amps for long. Those big direct drive hubs need a lot of power to get moving and climb hills. The longer you run high phase amps the quicker it will thermal throttle.

Maybe try a longer ride and make sure the controller has some airflow over it and see how it is. Your logs look like just full throttle tests from a dead stop… that’s when the phase amps will be the highest and overheating the quickest. With a 40mph hub, you basically have the equivalent of really tall gearing so it will do best cruising at high speed rather than raw acceleration… unless you have a massive controller.

However, that’s pretty much what I have coming for this ebike… a ~35mph DD hub haha so we will see…

I agree with everything you say. Nevertheless the produced power is underwhelming and the heat is too high. The watts we are pulling are pretty similar, but I was expecting that my setup runs cooler since it is on 20S. And I don’t think the ESC is capable of 100A under any circumstances, maybe except active cooling.
The motor I’m running is rated at 450W but it keeps cold.
I’ll try the next time to get some airflow into ESC.

What is your 0-20mph time? mine is like 4s.
BTW, did you change any parameters, or did you just run the wizard?

You can’t consider the 70pA log since it run hot and pulled even less battery AMPs than the 60pA log. but in 12s I get to over 30mph but it’s still too slow for a 20S3P P42A battery.

Yes, I was wondering about the sag by myself. It should be significant lower than yours.

I’ll check the connectors but don’t think that something is wrong. It’s also interesting that we are pulling similar watt numbers but my 20S is running hotter than your 13S…