How to mount Bms?

Laying down my Bms in the enclosure- do people shrink wrap it? Just leave it sitting in the enclosure? These things freak me out and I don’t want to see sparks- obviously I don’t want it to rattle in there… so do you wrap it? Add Velcro to it? Can I touch the underside of it and use that area to mount it? 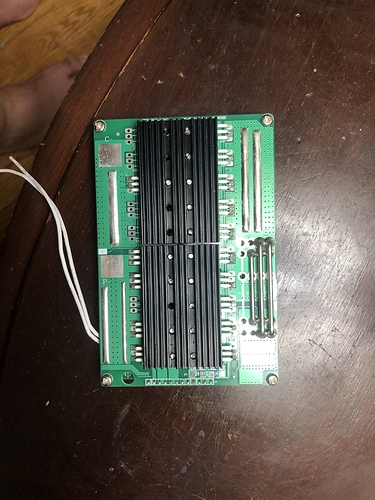 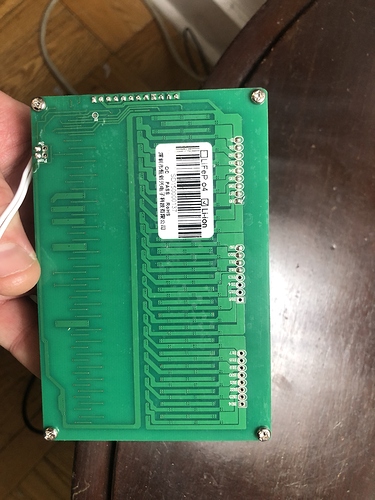 Alternatively you can use Kapton tape and then velcro that to the board/enclosure.

I’ve got the same bms.
what i did is use Velcro, and adhere the Velcro to the deck and bms. but in the deck side, punch some normal staples into it in case it gets warm and the glue gets soft.
then, i got that self fusing silicon tape stuff, cut it into strips and made a “blanket” for it as my esc’s were sitting on top of the bms. i suppose you could wrap it in self fusing tape as well as it’s a great insulator

And adhering to the underside of the bms is not a problem? These things are massive and last thing I want is to see a 4th of July fireworks extravaganza under my little piglets of feet.

Stick a pice of fish paper to the bottom then stick the Velcro to that. I would still insulate the exposed live parts no matter what it only really generates heat when the balance bleed resistors are in use during the last part of charging.

Id like to mount it to the underside of the deck- so, maybe wrapping it w heat shrink And then velcroing it would work- could cut around the heatsink (although that would diminish the integrity of the shrink wrap)

heat shrink And then velcroing it

Best option imho. Or as said above just kapton it. It is not going to spark unless there is an opposite polarity, and most of times that comes from a badly soldered wire or connector. You could always conformal coat it as well with mg chemicals 419d.

honestly with that amount of surface area you’d be surprised how damn strong Velcro is. if you’re questioning the strength, put some dabs of araldite or any epoxy between the Velcro and the bms

Also if you have sufficient padding between the bms and enclosure, it will hold the bms mainly in place, and the Velcro will stop sliding around

sorry for unrelated post on this topic. i have that same BMS wired for discharge, when i measure voltage across my battery main positive and negative it is about 7 volts different then when i measure it across the xt90, is there some sort of capacitor in that bms? or is something wrong with mine lol

Oh, believe me… you’ve never met a bigger proponent of Velcro- which is why I’d be concerned that the bms would fall out of the heatshrink if I cut it right where the heatsink is! That Velcro Would be much less likely to fail than the bms to fall out of the little cutout!

I once used industrial strength To velcro an iMac to my condo wall… was all fun until the Velcro YANKED the paint off the wall and my computer was on the floor like ‘you idiot, you’ve hurt me!’ probably a poor decision given the inherent curve of the backing of little Mac… I had the glass replaced for cheap but geez… Velcro is the goods.

lmao yeah it’s good shit. honestly if you shrink the bms, try get some glossy shrink, and then don’t cut any out and just stick to the shrink

Clever man you are… where is this glossy see through spectacle of a heat shrink? Amazon, preferably?

That’s normal, mine did the same.

no idea, down in aus we don’t use Amazon as much as you yanks. if you can, go to an electrical wholesaler. they often have all the shrink you need. just get something that the Velcro can stick well to

Would you velcro a VESC as well? If you didn’t use a heat sink / use screws through the enclosure.

Yep. Or foam tape and covered with foam also.