I have probably posted similar information before, but I just thought I would go ahead and post my secret recipe again for fixing Focbox Unity ESC’s that are not working. This usually means that the Focxbox Unity will not turn on when the power button is pushed, but also works for other malfunctions. My method also works to recover Focbox Unities that stopped working due to water exposure.

So here it goes.
Step #1: Disconnect the Focbox Unity from all battery and sensor wires and place it on your clean work area.
#2: Carefully pull off orange silicone cover, remove Bluetooth module, remove screws and separate the black aluminum top plate, and the black aluminum base plate from the PCB itself.
#3: Keep the white thermal pads in as good a condition as possible because they will need to be reused. That being said, remove the white thermal pads from the PCB and set them aside with all other parts removed for reuse.
#4: Carefully inspect the PCB, top and bottom, for any signs that any of the little micro components on the PCB are burned or obviously damaged in any way. If there is no sign of any charred or missing or burned/damaged part, then your good to go to the next step.
#5:Also, look for any signs of corrosion, especially between the “Mom” and the “MOM” pins that are connected initially when you press the Power button to turn on the Focbox Unity. I also recommend carefully using a razor blade to slide the little white plastic connector/receptacle that the Power button connects to away from the PCB to check under it for corrosion.

#6 Here are the materials you will need:
Get several new or clean tooth brushes. Get a Bottle of “Rust-O-Leum” Brand Rust Dissolver from Home Depot, etc.,get a bottle of clear Dishwashing detergent such as “Seventh Generation” brand from Safeway,etc., and very importantly, get a can of “QD Electronics Cleaner” from O’riellys Auto Parts, etc… It must be these exact products.

#7: Go to a sink with hot water faucet, run the water until it is hot, then turn it off. Now, splash some of the rust dissolver gel onto the top of the PCB. Use the tooth bruch to gently scrub the top of the PCB. Do this for about 30 seconds or 45 seconds. thenflip the PCB over, pour some rust dissolver on the bottom, and spend 30-45 seconds scrubbing it with the toothbrush. On the top side, pay attention to the electrical leads coming from each component on the PCB. You want to brush from the top of the leg out and parallel with the leg as if you were brushing particles out from between the little metal pins. Also, if you noticed any white corrosion or corrosion of any kind, this is the time to give that spot some attention.

#8:After you have been doing this for about 1 minute to 1 minute and 30 seconds, turn on the hot water and start rinsing the Rust Dissolver of the PCB. EIther rinse the rust dissolver out of the bristles of the toothbrush or grab a different toothbrush. now, pour a huge amount of the dishwashing detergent on the top of the PCB. Use the same general brushing strategy as with the Rust Dissolver. Basically, you want to brush every single place on the board as if there were some little metal particles shorting the pins together. Like on the ARM controller chip. There are about 64 pins on there spaced right next to each other. Brush that shit out ! Be appropriately gentle so asnot to cause any damage, but go ahead and brush the top and bottom surface well like you are scrubbing a dish. Do this under very hot water for about 50 or 60 seconds per side. By 2 minutes after you poured the dishwasher soap on, you should have it brushed clean and have rinsed off all the soap.

Now, gently shake some excess water off as you walk out the nearest door to the exterior of the house. Now, take the can of QD Electronics cleaner and spray the hell out of the Top of the PCB and then the bottom of the PCB. Use about 50% to 65% of the can then reserve the rest for later.

#9: Set the controller somewhere clean to dry for about 24 hours.

#10: Nowe, you are going to need to reprogram the flash memory. This is done with a cheap usb module called an STM32 Debugger or something like that. They are about $12 online from Ebay or Amazon. there is a perfect procedure for doing this on this ESK8 News Forum which is called “Unity not booting, You are not alone”. Search for it on Google Search if you need to.

#11: After you successfully reflash the PCB with nothing attached except the debugger, you may notice some red lights flashing on the Unity. Don’t worry, thats just because nothing is attached to it.

#12: Use the QD Electronics Cleaner to spray the little white pieces of Thermal Putty and brush them too with the toothbrush until they are white like brand new with no little metal flakes or anything on them. Once they are dry, carefully reassemble the Unity as perfectly as possible.

#13: Reconnect everything perfectly. Don’t connect the Hall Sensor and Temp Sensor Ribbon Cables though, at least not at first. Yuu don’t really need that shit. If you prefer you can make flimsy temporary connections to the Battery cables, but they should be connected, and if you use flimsy alligator clips with flimsy wires, don’t rev the wheels all the way up, just verify it works, program it, and then power it off and install it in the perfect final way.

#14: Don’t try to power on the Unity ever until you have reprogrammed the flash successfully which only takes about 2 minutes, and also that you have hooked up the 3-phase wires and the power and the Receiver and the Power On/Off switch. Make sure all of this stuff is connected just as perfectly as it can be. Then, Press the Power button down one time firmly, hold down for like a full half second and remove finger from the button.

#16: Press the button called “Connect VIa USB” or something like that. Assuming it connects, go through the Guided Tutorial from start to finish right then and there.

#17 Once completed, try turning the Unity Off. If it doesn’t go off, don’t get mad. Just leave it on for awhile. try to turn it off again in an hour. or the next morning. Sometimes it wont turn off but works perfectly otherwise. Then, after a few rides or a few days, it startts to switch off and on perfectly as well.

#18: I have recovered both of the Focbox Unitiy’s on my 4 wheel drive board about 6 - 10 times each using this recipe, and they are currently running perfectly right now on my daily driver. I’ve only used the Rust Dissolver the last few times. I think it helps once you start getting corrosion issues, but maybe want to plan on using it maximum of 4 times during life of the ESC. 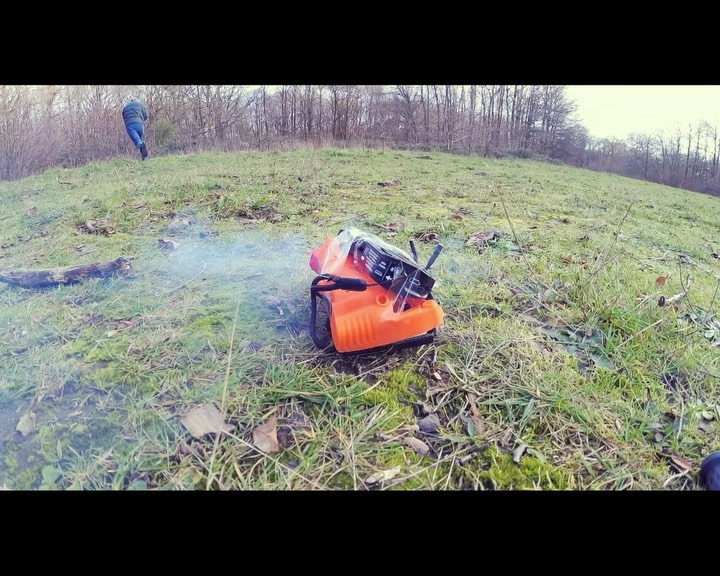 I will never put an ESC under running water. That’s the silliest thing I’ve ever heard

Sweet mary jane what did I just read?

If it’s not powered it really can’t do any damage aside from corrosion if left on the surface to be faaaaaaaaaair. A rinse with decent cleaning alcohol afterwards will sort that out.

Sounds like you just need to stop getting your esc wet though bud, corrosion requires water, no water and there’s no need to use solvents and toothbrushes on your components. At the very least spray it with conformal coating after drying it properly with a rubbing alcohol once, then remove the holes in your enclosure. Prevention is better than remedy. 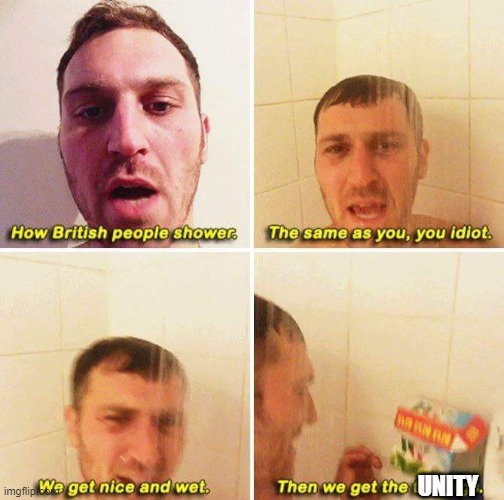 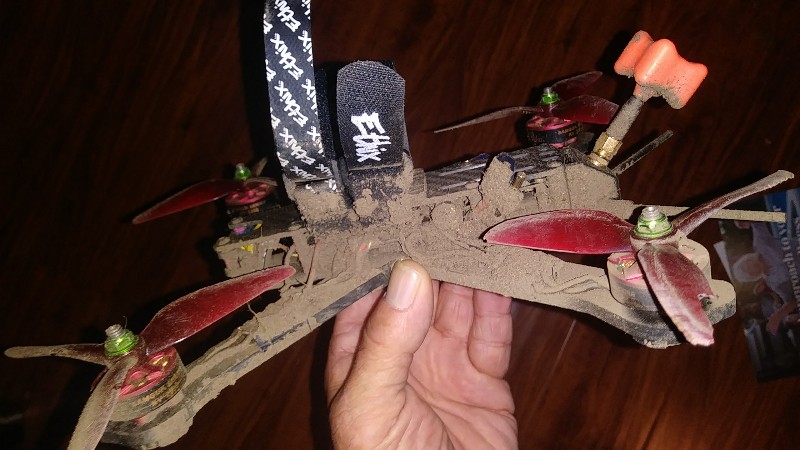 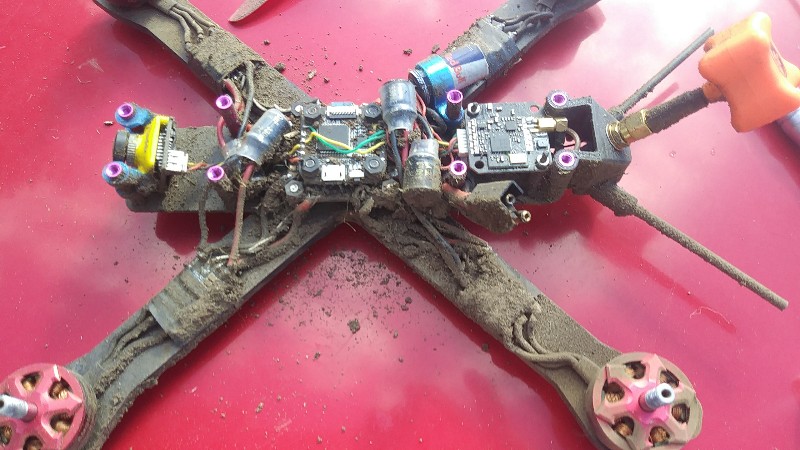 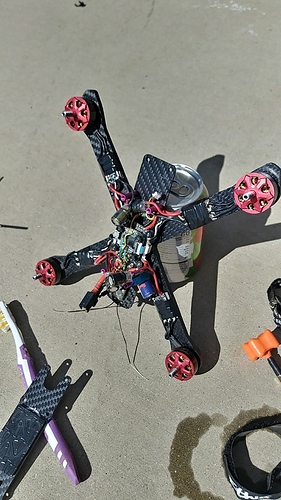 She flies great… Even the barometer works…

Sometimes we do st00pid shit in the name of science…

Twisting the blade and rubbing salt on the wound.
Savage.

For anyone reading this thread who thinks this isn’t terrible advice, this is terrible advice. Why would you reflash the mcu after washing the components? This is the most random process I’ve read in awhile.

Why would you reflash the mcu after washing the components?

I guess you never wash your component? Don’t you realize that you just wash all the data away, that is why you need to reprogram it.

I’m about to put all my Unity’s and FocBox’s in the washing machine. This will make them run faster right? Right @JohnnyMeduse, right? 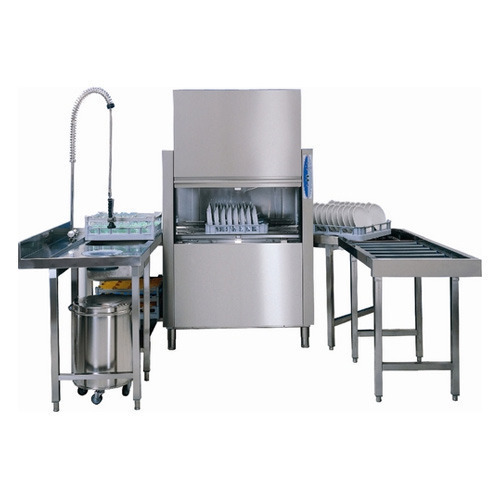 Please correct me if I am wrong but don’t capacitors hold charge for a time?

realize that you just wash all the data away, that is why you need to reprogram it.

this thread is so awesome, best read during this whole quarantine

@Airwolf this is generally well written and I’m sure you mean well. But from an electronics perspective. This is really not a good way of doing anything good to the hardware. Not sure what your background is but stick around and maybe we can learn something from each other.

Don’t let these folks’ rather blunt comments discourage you from anything. They can quite quite cliquey.

They can quite quite cliquey

Amen, we’re all guilty of this

Been doing it like that for a decade. The carbonate works wonders.