Get yourself a Fleet PC

TLDR: If a computer is mission-critical for you, consider buying a low-cost fleet PC that you can quickly and cheaply swap out, instead of building a custom PC with spare parts.

Nothing sucks more than heading into your workspace, mentally (and emotionally) prepared to start a project, only to have an essential tool fail on you and end the fun!

A few weeks ago, I was excited to kick off some CNC work and the PC that I use for control wouldn’t boot. I tried all of the usual stuff… but it was dead. To be fair, this thing lives in a partially heated environment filled with dust and vibration from lots of cutting and tools, so I’ll forgive it for only lasting 5 years, I guess.

For once, though, five-years-ago-me did something smart - I bought and configured a cheap fleet PC for this controller. So my solution to the failure was really simple… order the exact same model PC (a refurb of course) and when it arrives, literally swap out the working hard disk and put it into the new machine. Boom. 10 minutes later I’m CNC’ing again. No need to build a new configuration, no need to reinstall anything, or do all of the setup again.

It can be tough to buy a pre-built thing when you’re a DIY’er at heart… building PCs is a joy for me. But in this case, the cheap fleet refurb was a hero! 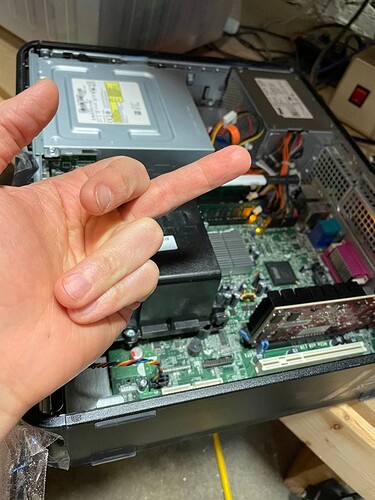 wtf is a fleet pc

do you have eyes?

I guess that comes with the assumption the PCs have enough power for whatever your use case may be. They can be great bargains, but usually the ones I see are pretty outdated after being used for 5-ish years before being surplussed out, and they tended to be base models anyways since much of the work is virtualized to some server elsewhere so they weren’t great even when new.

wtf is a fleet pc

Its a PC for commercial purposes, often bought in large lots, aka “fleets”, for offices and organizations. TL;DR It’s an office computer.

often they’re years old models still being produced and are often available at places like Amazon and Ebay.

I have a few “fleet” machines in the house that get used every day because the organization i work for has staff sales and they often offload thier staff computers as soon as the warranty is out. I have two touch screen Dell all in ones from 2016, a 2015 Dell Inspiron foldback touch screen tablet/laptop, and a 2012 imac. All of which cost me around $100. Dirt cheap and maxed out on ram, they run great.

the two custom rigs i have that i DIYed I haven’t upgraded since 2015 and are fully loaded with ASUS ROG motherboards and nVidia cards and maximum ram and cost me thousands, and barely get used. One is for video editing and the other is in the living room not playing tomb raider anymore since i converted to Playstation. It’s basically a 65" facebook machine for my girl now.

so yeah, if you want to run a CNC, get a fleet PC.

@jamie’s was running windows 7. You don’t need a recent, or even “that decent” of a PC for CNC control purposes. CNC applications aren’t that demanding. Modeling, that’s another story. 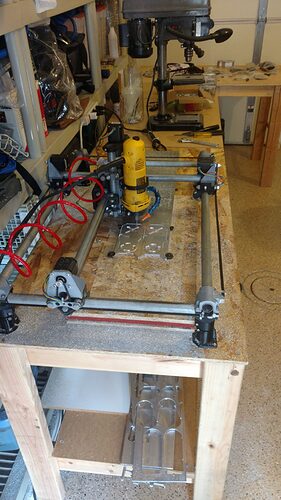 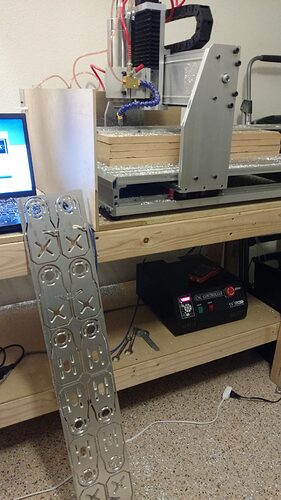 6 or 7 years ago my high school was selling their Dell computer lab towers for 50-100 bucks depending on what the processor they were equiped with, core 2 duo for the cheaper and an i5 for the more expensive. I bet they’ve scaled up over time so your old schools could be a good place to look for anyone actively looking for one.

Admittedly the ram was meh, but the PSU could support a low power graphics card… All in all that would have been $400 for a mid tier system

Wow you cut your mount with an MPCNC ? how is your experience with it ? Lurking to build one

Have a look here openbuilds.com lots of home made cncs, all materials to be found on aliexpres

I’m willing to die on this hill.

If looking on ebay, this is what you are looking for

Another benefit (if needed) is the availability of older interfaces. I used this Optiplex 760 for LinuxCNC to control a parallel board: 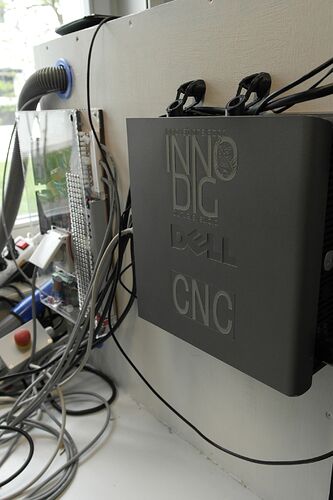 I’m willing to die on this hill.

Yes, but OMG do they still have that terrible little red keyboard nipple (technical name is “pointing stick”) as the mouse control? I have distinct memories my pointer finger cramping up using it! 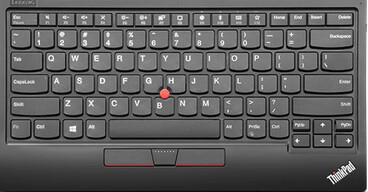 Another benefit (if needed) is the availability of older interfaces. I used this Optiplex 760 for LinuxCNC to control a parallel board:

Yes, this 100% - all that old stuff becomes usable again!

Another thing about these machines is that they are designed to be easy to repair - I just did a mobo swap in like 10 minutes.

Guilty confession: I did NOT remove and replace the thermal paste. And I did it on the floor. Living on the edge!! 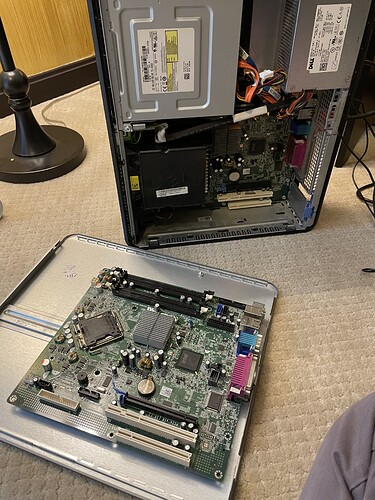 I went the way of the HP elite book mobile workstation a while back… A lot of the O&G /engineering firms used them as office laptops - so they’re a dime a dozen at the auction.

Grabbed 4 for 50$ “without hard drives” at an auction - one at least had the caddy - stupid human tricks resulted in one death to date. So down to 3 spares. Big SSD and a big ram upgrade - still can run fusion 360. I think there’s a path for a CPU upgrade but I haven’t done a lot of looking so far.

Wondering if it’s worth upgrading from my 286 processor still seems very fast.
Can’t see any point getting rid of monochrome green monitor, OK so it has quite a lot of screen burn but all I do is squint and it goes away.

May have to get a new printer though getting hard to find paper for my golfball head (typeball) printer.