@Sn4Pz would be so proud
After a year and a half of being broken, I’m finally reviving this board. 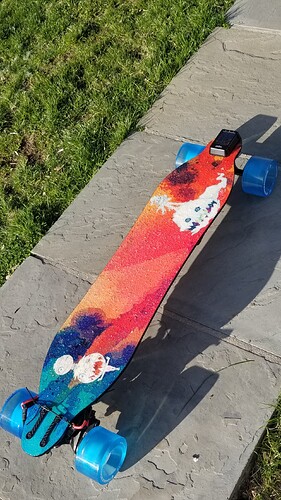 It’s been a hard year and a half. I went from being an 11th grader to being in college, the US is now in a recession, and my local Wendys now charges $5 for the 4 for 4.

I spent about a year dreaming about a full length loaded vanguard enclosure that was segmented like the Kaly enclosure, but my hopes were low until…

I pressent you the Vanguard MKII

But there is one problem, this was for the 38" (boosted sized) vanguard. I went from hyperventilating to sobbing (not actually) in the span of 5 seconds and I decided to do the thing any sane person would do; convince a bunch of other people that they needed this enclosure.
tada:

the [IC] stands for interest check. we need 10+ people for this to proceed. @eBoosted made these lovely enclosures for the 38" vanguard, but some of us like them long

With 10+ groupbuy members we can get a 42" version made. Cost is unknown right now. The 38" one is $150 + shipping (which is roughly $200 to the US). Payment for this group buy will cover your enclosure, shipping, and we all are chipping in to get alan a 42" vanguard so he can actually make the mold for. Only vote if y…

I got my enclosure a few weeks ago and I am so excited to build this.

Here’s where I’m at with this 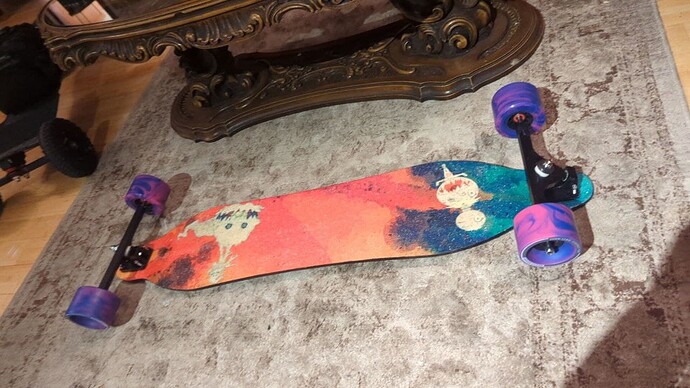 the trucks are not bolted on.

This baby is going to MARIO’S BOARD GARAGE LLC to have the enclosure mounted by someone far more skilled than I am. I dont want thru bolts, so I need the magic man to install some inserts.

I hate kanye but the album cover is sexy

Title is because kanye is an antisemetic piece of shit that deserves to die. I kinda hate that the board represents the album but the album cover is cool.

i’ll probably change it when I find an appropriate title.

OH nice. Those 220’s look massive on the vanguard. I have a build in the works as well but can’t decide between bn270 vs 220 hangars. After seeing this pic, I’ll stick with 220 I think. Skyart is building me a 12s7p for the enclosure, once I get that I’ll start my own build log. And yeah, kanye is trash, though I do like a few of his albums.

6 posts were merged into an existing topic: Derail Jail 2022

Those 220’s look massive on the vanguard.

i hate flipsky motors. so loud for no reason. the only noise I wanna hear are gears going REEEEEEEEE.
That’s why I pretty much only want reachers.

I dont wanna use flipsky since they suck coil whine

I mean fair enough, I hate the coil whine too, but even on helical jump drives the whine becomes a non-issue because the drivetrain is louder. If I were you I’d get some maytech 6374 motors, they should be easy to come by and are quiet yet quality

There’s a big difference to me. I’m running reachers on my mountainboard, and with 20 miles on the odo I’m loving the sound profile of just mechanical noises and a bit of whistling.

Just dropped the deck and the enclosure off at Mario’s. I’ll see you guys in a month or few when I get it back!

Congrats on the build, it seems you went through a lot challenges! I’m glad you see light on the other side of the tunel

santa showed up and dropped these 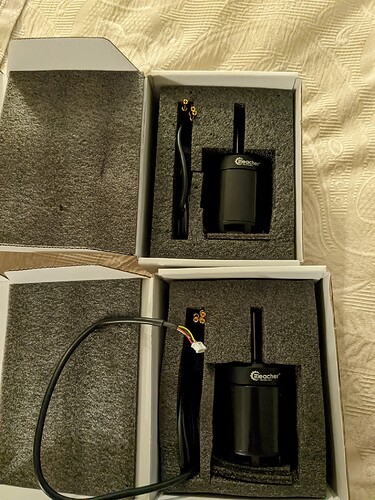 Glad you like them! Saw you were missing them here and thought they would be perfect

Had to stalk your threads because the only thing you gave me for things you wanted was something akin to “idk lol skate stuff?”

Weeeeeeeee!!!
This is gonna be a chonky boy.

Glad to see it’s getting some love again

Small and sad update. The gears aren’t gonna work out. Unless I run 270s on a vanguard (which i refuse to do) they hit the baseplate. I tried BN motors mounts but they were also too short, so I picked up a set of @IDEA mounts. They have a much longer c2c distance so they should completely clear the baseplate and deck. no more screaming GDs for this build, but honestly its probably for the better haha