Hi All,
I tried searching and doesn’t seem like anyone came across this issue yet. Please help:

-while I can’t turn it off, my remote is Hoyt Puck Remote is unresponsive & my VESC Tool app will also say “cannot read firmware…” Screenshot below
-everything fine after I disconnect/reconnect the battery (I can ride it, program it, turn it on/off etc.)

Any ideas? is it condensation or something? Really hoping to not have to buy a new VESC @_@

Mine would turn off and then turn back on within a few seconds. Does your button respond at all?

While in this “coma” mode, the power button stays lit and would not turn off once it is turned on. Only way I could turn it off is disconnect the battery. Basically unresponsive button whilst in “coma” mode.

would not turn off

You could always eliminate the switch and go loop key.

Thanks. Would a faulty switch explain the non responsive remote & Vesc tool though?

maybe the switch is at fault trying to non stop power cycling the unity, unplug the switch and use a screwdriver to short the 2 MOM pins (short period, don’t hold it) and see if the unity still has the same problem

if no, then its drity cheap and easy to replace a MOM switch

if yes, then u have a bigger problem on ur hands

Sounds like a bad switch that’s stuck on. You have an extra laying around?

Cool. I didn’t know i can turn the VESC on/off via shorting the 2 MOM pins. I just did that and was able to power on/off the VESC multiple times with no issues.

I think it is indeed the power button which i don’t have an extra lying around (my other board uses flipsky 6.6 duel plus, so I don’t believe the plug is the same)

For now I just wiggled the switches wires and hope the problem doesn’t show up again. If it does, I’ll just get a new switch~

Thanks so much guys!!

This is what I am wiggling: 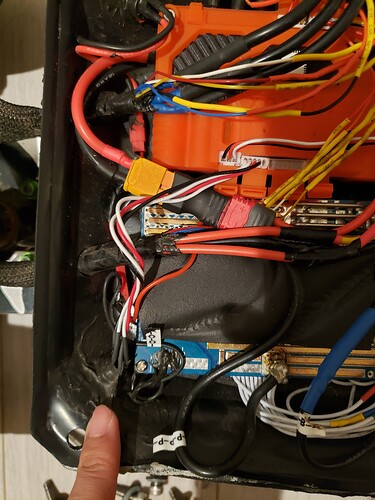 If you need a new switch, these work 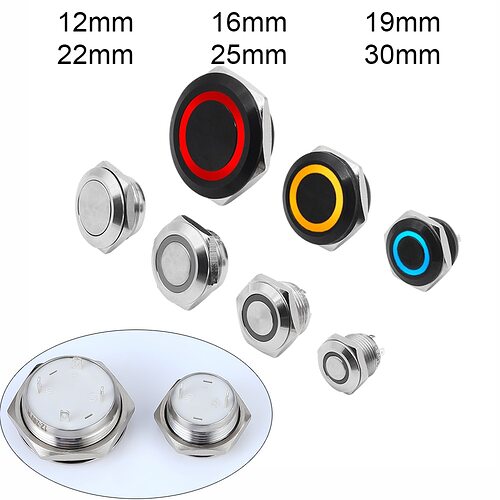