I’m offering here two new BMS hardware based on our modified version of DieBieMS renamed (ENNOID-BMS → EBMS) that will allow more than 12S.

ENNOID-BMS-SS is a full-featured BMS oriented toward Light Electric Vehicles. Thanks to the Open-Source nature of ENNOID-BMS, customers can contribute to the project and adapt the BMS to their needs. Firmware & software repositories are...

ENNOID-BMS-SS-LITE is a charge only BMS oriented toward Light Electric Vehicles. Thanks to the Open-Source nature of ENNOID-BMS, customers can contribute to the project and adapt the BMS to their needs. Firmware & software repositories are...

Beta testing is ongoing right now with both EBMS version and we are looking for beta tester willing to buy functional units. Those units should be ready for shipping before end of Q1 2021.

Update April 2021: we are shipping production units 15S, 18S in both FULL & “charge only” versions EBMS The 24S beta version is planned to be in production around June 2021.

You can still place a reservation on the google form for the future 24S version:

ENNOID is looking for beta tester ready to buy early beta units for it's next solid state BMS version. There is no timeline yet for initial batch production, but the more beta tester we can find, the lower the cost per unit will be. Let us know...

There is also 24S capable versions that have the same footprints, but will come later.

I have a Ubox sitting here, no BMS for the battery yet. Planning a 16S7P 25R.

definitely would want to check this out

BTW, where are the sources ?

based on our modified version of DieBieMS firmware

Just wonder what the deal is with licencing on this?

AFAIK there’s no open source licence on the original DieBieMS hardware, firmware or tool repos. How does this work with you guys selling/redistributing derived work?

Well, project files are all on github and freely available. 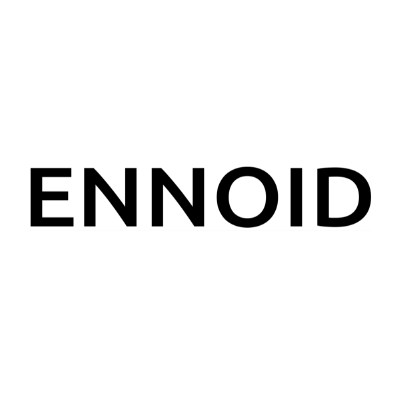 Well, project files are all on github and freely available

I had those discussions with Danny last year. No issue there on licensing.
I’m just pushing his baby a bit farther.

cool, just making sure its considered. Might be wise business choice to make sue you have records of that conversation just in case.

then it officially becomes open source and free for all.

personally Im excited to see more charge only options for smart BMS’s and the more DieBieMS variants that exist the better the support and features will be.

This looks pretty sweet, my only reservation is the humidity sensor. What happens if the sensor trips? Does it give a warning or does it shut the bms down? I live on a boat and humidity is a constant. Also what are the dimensions?

Still working on implementation of the humidity sensor. This can be helpfull to know if there is water ingress in your battery pack.

Right now, it is just reading value. Should have configurable options IMO.

Can this rebalance a pack that is very far out of balance? What if it’s a combination of 3.5V and 4.2V parallel packs?

(Taking a long time is expected, just wondering if it works)

Glad to see this being actively developed.

Sure, voltage limits according to LTC6813 IC datasheet.

Main differences with the “charge” only version:

This is looking great. are you planning to update these 18s designs onto your git with the other master/slave style boards?

Yes, once ready. At least for the schematics

The design is still evolving through the alpha prototypes.

Will these have Davega and METR compatibility like the original DieBieMS?

There is no major changes with the UART/CAN/USB communication interface between the ENNOID firmware & DieBieMS.

There is only more cells values that are sent during some specific communication requests like COMM_GET_BMS_CELLS. If modifications are required, they will be very small.

COMM_GET_VALUES command should be the same

There is a new command: COMM_GET_BMS_AUX used for temp sensors that will require new code into METR and DAVEGA.