This is my second ESK8 build that was focused on being a good all-around board. Preparing for college I needed to rebuild my hideous V1 “DIY” and create something more reliable, more range, and easier to carry. 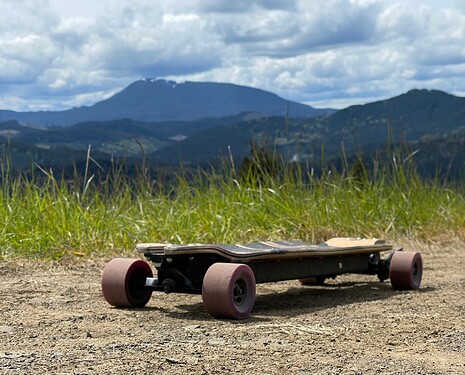 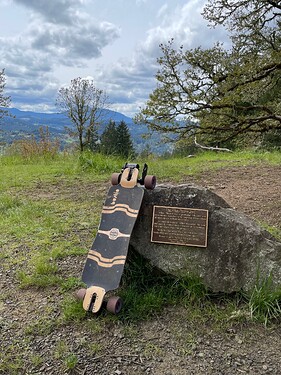 The build began with ordering batteries and setting goals for the build. I settled on about 20 miles of range which would be possible with a 10s3p P42A Battery. A majority of the parts required for the battery were purchased from duckbatterysystems.com like the PCBs and precut nickel tabs. I actually used the 4p 21700 tabs and then cut off the final tab to allow it to fit. Living so close to Portland, parts would get delivered almost overnight. 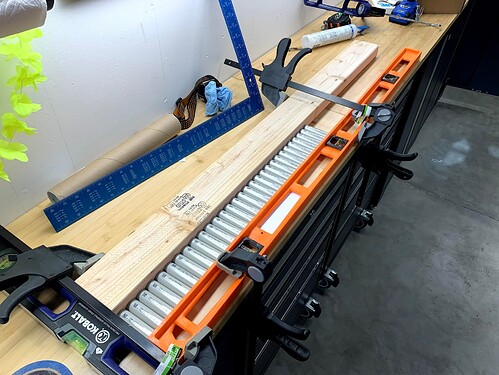 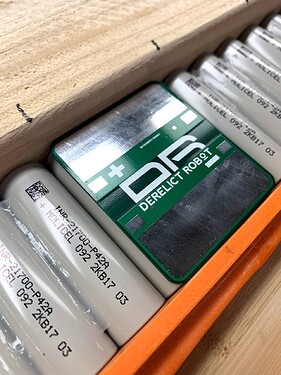 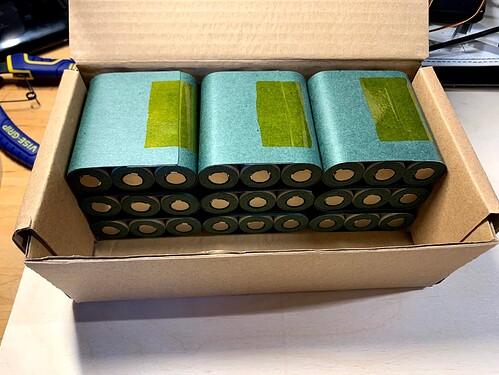 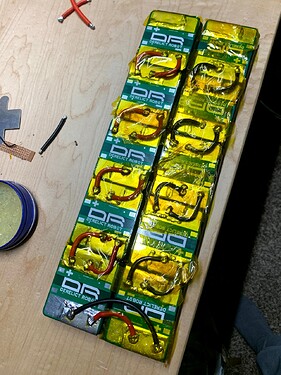 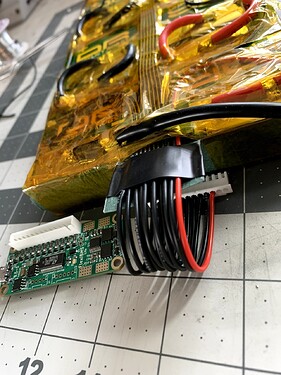 I got all of my supplies from TAP Plastics here in Portland.

We used a Poleyester Resin along with the catalyst and black dye for the final layer. I decided to do a 3 layer hull. The first 2 layers consisted of the Standard Glass Mat and the top was made out of a woven sheet. It was my first time ever using fiberglass. 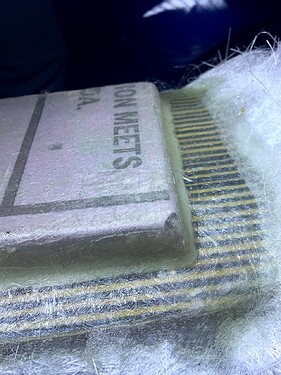 Cut out the pink foam with a hotwire cutter and then laid on top of the deck and gaps were filled in with modeling clay. PVA was sprayed on to act as a release agent at the end. 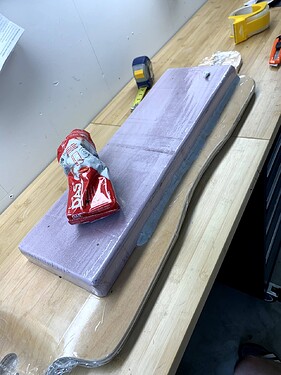 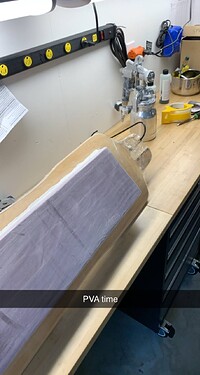 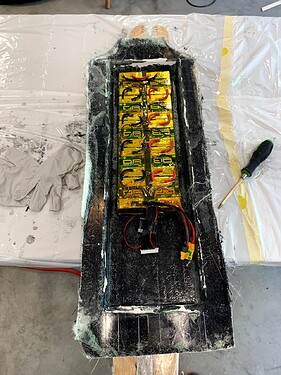 For the first time ever touching fiberglass, I was quite pleased with the final outcome. There were a lot of air bubbles in the first layer which I believe was due to too much catalyst in that layer. This didn’t allow us enough time to get the bubbles out before hardening. Epoxy was used to fill those in and then sanded to create a smooth surface. Final thoughts: Fiberglass is really messy. 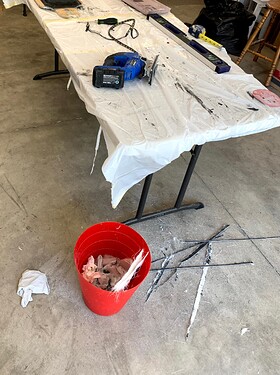 Securing to the board:

I used rivet nuts with steel reinforced epoxy, straight into the board. 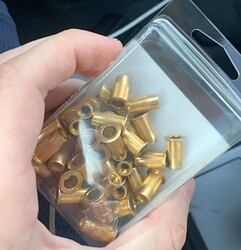 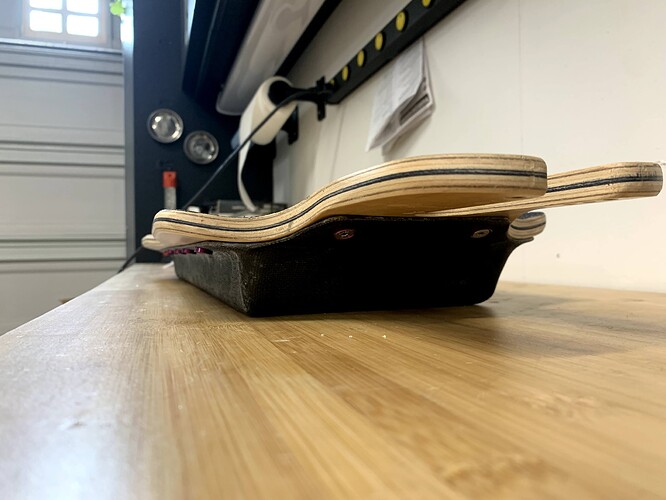 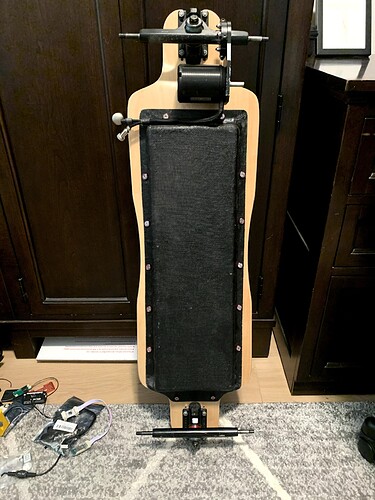 I began building this in probably the worst time possible, The Chip Shortage. Batteries were very hard to purchase. Electronics were going out of stock everywhere. I was luckily able to snatch up probably one of the last FlexiBMS Lite (Thanks to @Skyart) and TB VESC6 (Thanks to @dnack228) at the time. 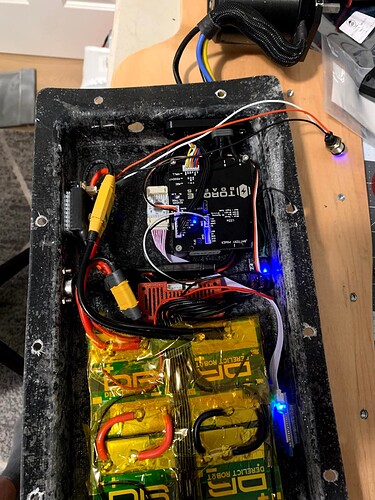 I wanted a charger that would be able to regulate amperage. I ended up purchasing a large boost convertor that would go up to 42v. The problem I found was at 12v input voltage, the board would only be able to output ~1.5 amps and have a horrible coil whine. Later I ended up scrapping it and going with a standard 42v 3a power supply.

The FlexiBMS is probably my favorite part about the board. It just works and it has all of the smarts so I can see the current going in, the voltage of each cell, and the temperature. It also interfaces very nicely with the Metr. 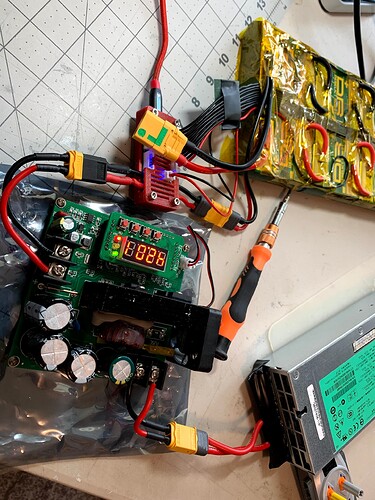 At this point, the board was ready to go 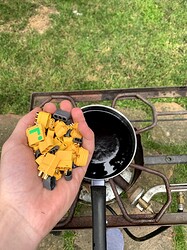 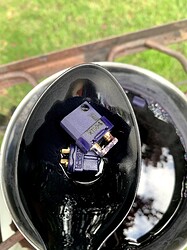 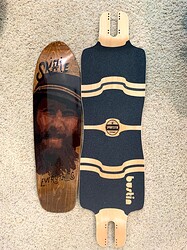 I was able to get my board finished for the massive group ride and on Friday met up with everyone. A couple of miles later motor began to crunch and that was when I had realized, I lost a magnet 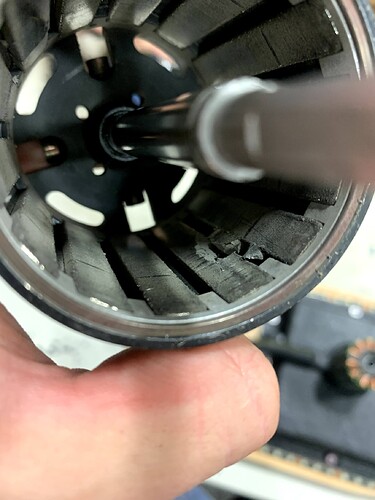 I was able to get another motor thanks to @DerelictRobot but now I knew, Battle Harden Your Motors. 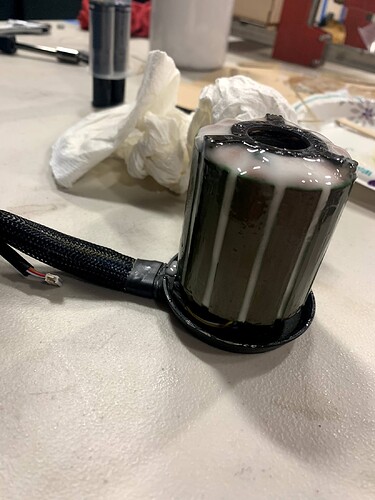 Not much to say here. Amazing product. I had the original Metr Pro and was sick and tired of manually having to turn on the Metr app on my phone to log. Metr Pro CAN solved everything.

I purchased an iLogger at the beginning of the project and was unhappy with the software. I realized quickly that most of the cost is the software and Metr has come a long way. The developer of the iLogger looks like he is still working on the software and new hardware so maybe in the future, it will be a good option.

My only complaint about the Metr is that GPS sometimes doesn’t lock fast enough so I’m left with a log that doesn’t have GPS data. For longer rides, 1 mile + it seems to pick it up and work just fine.

I ended up changing the position of the motor to hopefully get it farther away from the ground as that was most likely why my first motor exploded. The motor ran so low that I would have to angle my turns going up any curb. Moving it to the back required the idler pulleys as they would allow clearance between the motor and truck. Even with the idler mount, the clearance was tight. 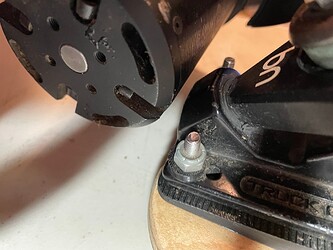 I ordered 2 mounts to hopefully create some sort of cage around the motor to be able to lift from and carry. But I didn’t end up machining the bars fast enough and by the time I was going to put them on, the motor mount had already warped and bent. 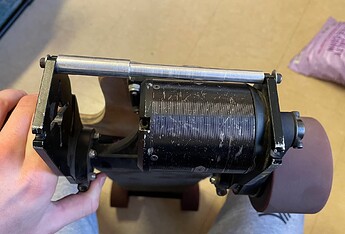 Now this is great DIY!

I was able to get my board finished for the massive group ride and on Friday met up with everyone.

I thought your board looked familiar!

Nice build thread dude! I would have personally saved money on the BMS to afford some nicer wheels, but no harm done, seems like you love the flexi

Thank you. The wheels were actually carried over from the previous V1 board. I would for sure like some nicer wheels in the future. As a CS undergraduate, having everything be smart and a ton of data is something I just need to nerd out on.

Took my board today for my longest single ride ever and it wasn’t even fully charged. Quite impressed. ~1000 ft of elevation + 15 miles and it handled it like a champ. Still had plenty of battery left at the end to go to class😂

Also got the chance to take some completed beauty pictures 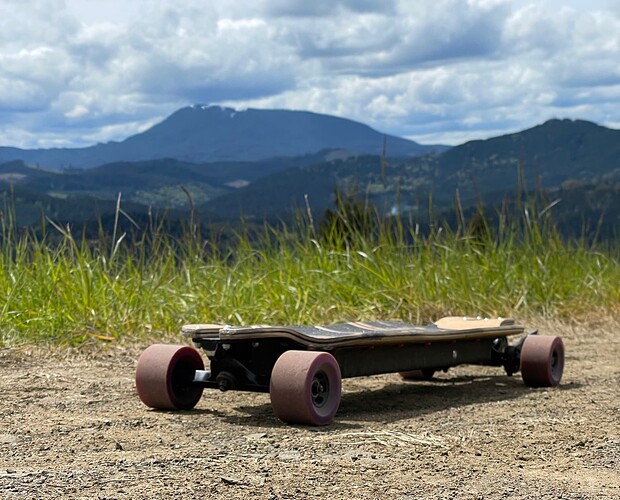 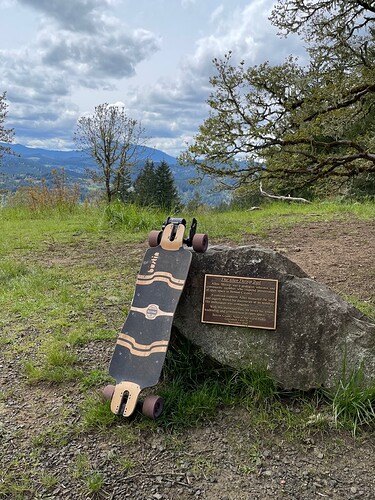