So i found a simular safety box to the Peli 1200 that i use for my current battery, this one has roughly the same base measurments but is a bit taller that allows me to stack two big clumps on top of eachoter, since i’ve starting to grow a bit tired of my petite 12s9p 30Q pack i bought this box and then realised i had to spend another 700$ on the cells, i already spent 15$ on the box so naturally i already stepped through the line of no retreat…

So after blowing another big hole in my wallet on e-skate related stuff i’m now sitting here with 200x Samsung 35E cells, 192 of those are going in to that box one way or another in the hopes of finally exterminate that range anxiety.

So to the subject. I perfectly well know how to build the packs themself, i however would need some advice on what configuration would be the safest since i’m starting to worry about my initial plan for the packs. That plan is to build 2x 12s8p packs, each with their own BMS (wired for charge only) and wire them up in parallel to get a 12s16p pack. The reason why i’m so keen on this idea is because that could allow me to remove one pack when i want to save weight or to power another board with. The idea is also to wire the charge ports in parallel so that i can charge both at one time with a single charger. At first i didn’t think of the potential risks that this might bring, such as

All the cells are at this point of course brand new and perfectly balanced to eachoter, however if i would end up using one pack more than the other and they are on different life cycles one could potentially have lower capacity than the other leading to a voltage differential during use.

So at this point i have two other ideas, those are either to feed each VESC with it’s own battery (would rather like to avoid this) and the other is to build 2x 6s16p packs wired in series, as stated i’m really liking the idea of 2x 12s8p in order to have some flexibillity. so the main question that i’d like some input on is how safe it would be to use 2x 12s8p with their own BMS’s or if i’m better of with one of the other options. I’m sure someone here has tried this previously, i know people use LIPOS in parallel with no issues. 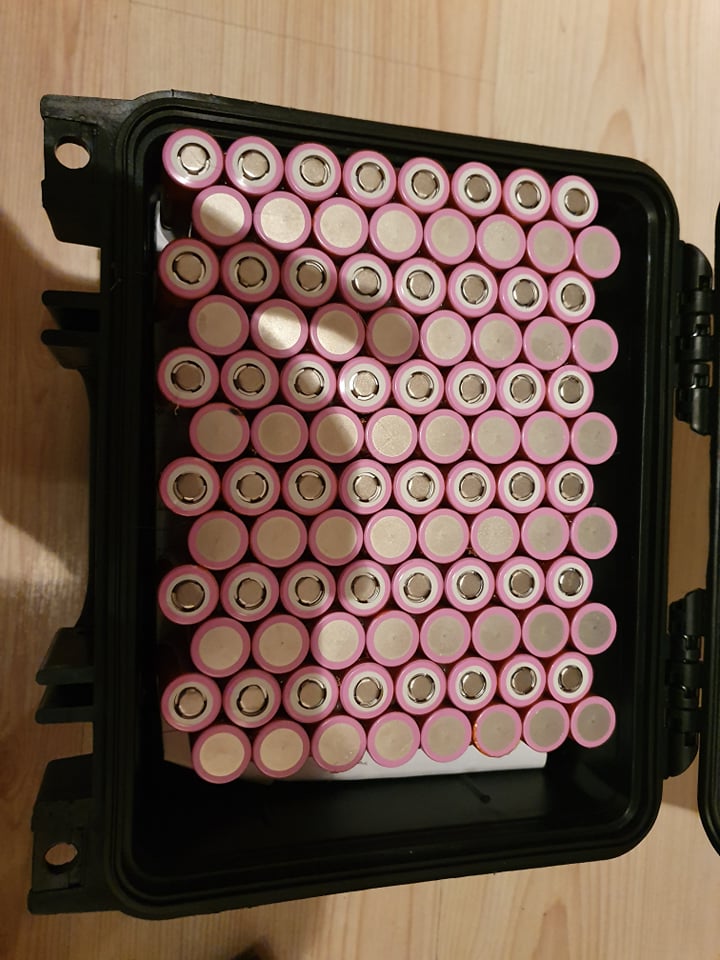 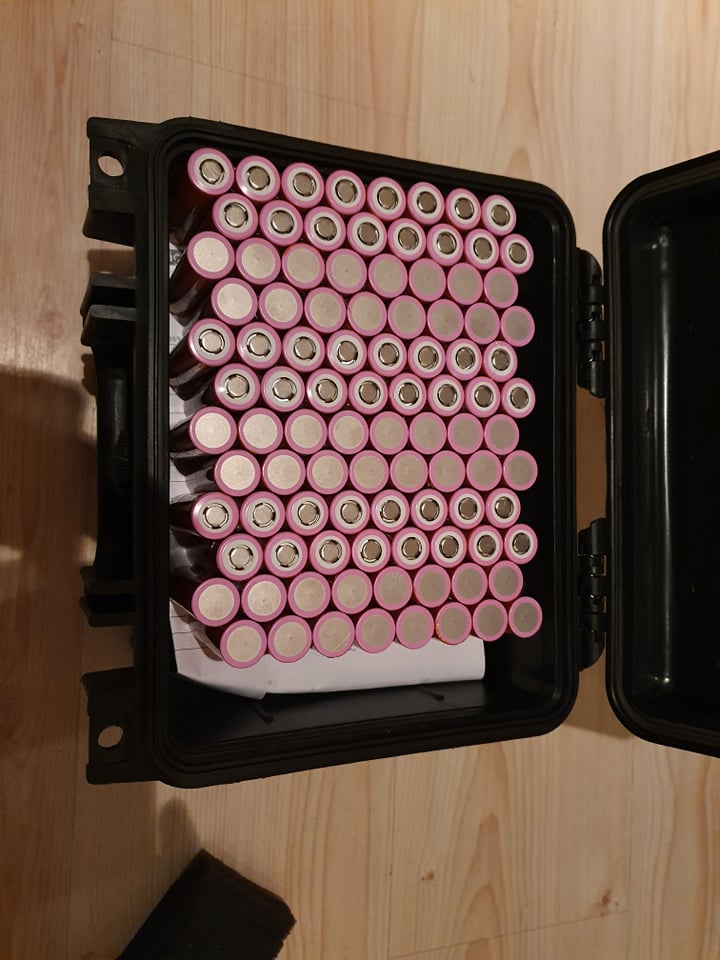 IMO you should not have any issues with the 2x 12s8p option if you are careful enough to always, always only connect them together when they have the exact same voltage.

If you don’t trust yourself to be alert enough to always remember that, you could use a full BMS for both with the correct discharge and charge settings, and it will be (noob) safe. However, you would still want to always only connect them as same voltage, because if you do not, you are fully trusting the BMS.

Don’t give up on the idea, it will work.

Side note: voltage differences at full SOC lead to much larger currents than at low SOC.

good to hear, i already ordered 2 xiaoxiang smart BMS’s. always use those in my packs so i can use the app to check the voltage of each P-group. In this case i bought 2 of the 20A version to save space since the plan is charge only anyways.

So basicly, use 2 loop keys so that i easily can disconnect the parallel discharge connections for charging purposes. In my mind the current from the charger should split up equally between the packs if i charge them at the same time.

Found a good thread on this, in the thread he describes how he connected 2 identical packs in parallel when the voltage differed with 1V, the pack with the higher voltage charged the pack with lower voltage with only 1.79A current. after a couple of minutes both packs settled for the same voltage. 1.79A isnt something to worry about so i guess small differences isn’t that big of a deal.

Be careful: were those batteries at low SOC? Was there a BMS involved? At high SOC, 1V difference could potentially lead to larger currents than safe to charge a pack.

If you want to be extra safe, just use 2 full BMS. Makes your wiring easier, too.

it was 14s packs, one charged to 57.4V and the other almost fully charged at 58.4V, those packs did use bms’s wired for discharge aswell so that might be why.

hmm, guess i’ll assembel the packs first and then take a look if i can fit two 100A bms’s in there, im doubting it but it might be doable. Otherwise i see no problem with only connecting them when they are at the same voltage

those packs did use bms’s

Then, the BMS of the pack being charged likely limited the current. That’s the big advantage of a full same-port BMS setup for your case.

That’s perfectly fine, especially if you only do it every blue moon.

So do you think it’s preferable to disconnect the parallel discharge connectors at all during charging? if the packs are at the same voltage and i charge them in parallel it shouldn’t be an issue since the chargers current will be equally split between the packs. using 2 seperate loop keys isn’t really a big deal either but if it isn’t needed.

Ohh and thank’s for the help here mate!

You should disconnect them for charging. Else one BMS might have a cell group at overvoltage and cut charging, but the other BMS might still be pushing current into both packs because the groups it is sensing are all still fine.

If you want to use one BMS and not disconnect them at charge time, you could use something like AWG 12-8 for the BMS leads and connect them in parallel to one BMS. Like this you make them a single battery.

yeah i did think about branching the balancing leads and only use one BMS but that would aswell destroy the function of having two individuall packs, two Loopkeys it is

Your solution will be fine. Charge the packs separatly and check with a multimeter before connecting the packs. The packs will balance amongst themselves as you discharge the pack so you dont need to stress too much about balance whilst riding. As stated just make sure to always charge them separately and disconnect the connection between them. You do NOT want to connect a pack at 40v to a pack with 49volts. There will be sparks, and problably some fire.