Hey guys! I have a raptor 2.1 laying around. I havent used it for 7-8 months probably since foxboxes(the OG ones) bricked and couldn`t save them. So I am looking to buy a new esc and give it to my friend who is into esk8. What is your recommendations for a replacement esc on a lower budget level?

MakerX DV4 probably. Since the focboxes didn’t have an antispark switch, then your new ESC doesn’t need one either, so no point in spending more on a Unity or something.

I’m thinking he might mean focbox unity. Which is what a raptor would have had in it?

Which is what a raptor would have had in it?

The older gen raptors (up untill raptor 2.0) had single focboxes, the newer (2.1) had unitys.

Since it’s a 2.1 raptor it should have a unity inside.

Budget? Tenka, but the performance will be lower. The Unity will be a direct replacement, but you will need to program either one.

Anyone suggesting a Tenka with a straight face is shilling for a known thief and scammer.

Dunno about that, since he would also need an antispark to go with it. At the very least you guys should tell him that.

Dunno about that, since he would also need an antispark to go with it. 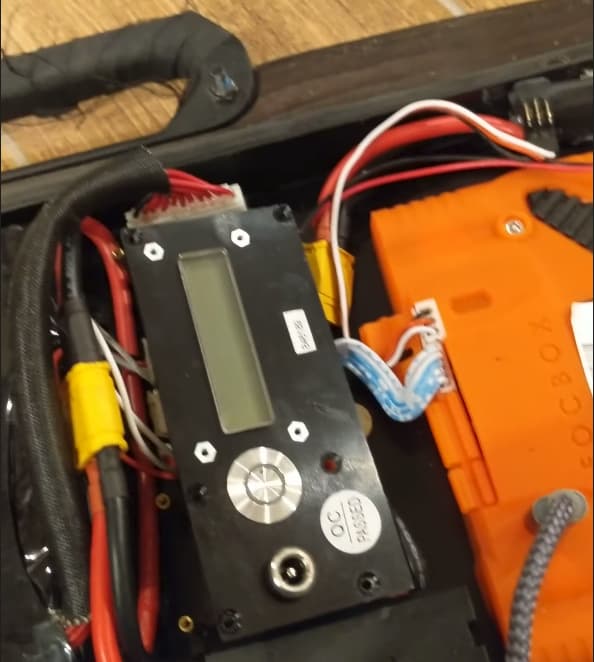 Sounds like a pair of older focboxes to me.

And agreed @xsynatic, there’s plenty of room for an AS.

And agreed @xsynatic, there’s plenty of room for an AS.

Its not about the space, its about the extra $$$ he will be spending.

its about the extra $$$ he will be spending

And also more time, most people wil order the ESC thinking they’re fully set up, only to realize that they can’t turn the damn thing on (or off, depending on the setup), and then wait another 3+ weeks for an antispark to arrive.

I just felt like such things have to be communicated.

Not aimed at you of course, but I legitimately don’t understand how anyone who has been around for any amount of time could go out of their way to recommend these products.

Not only is warranty/support questionable, it’s also supporting one of the single most damaging and toxic agents in this hobby.

Not only is warranty/support questionable, it’s also supporting one of the single most damaging and toxic agents in this hobby.

I don’t think many people outside of this forum know this.

Its 2.1 all the look and things but have two single focboxes. my friend gave me this so I`m not exactly sure

thanks to this forum i`ve known em and their scammy 200 bucks unity. So i am looking at to maker x to go with

thanks for the info man! I`ll be ordering the AS at the same time.

You could look around here for any trusted sellers getting rid of an ESC, but generally you’ll either have to wait a long time if you want an amazing deal, or end up not saving a huge amount compared to a makerx. Where/in what continent are you located? Flipsky dual 6.6s come up for sale here a good bit and if you get one that’s done between 10-1000 miles it’s likely good, buying second hand can actually be good for reliability on flipsky stuff because someone else has effectively done a quality control check

You guys are silly. I’m all for not supporting jpo, but 90% of everything not skate related that you buy comes from scamming, thieving megacorps. He just wasn’t as good as it.
Just get a used xenity(xenith/unity) if you can find one.

You guys are silly.

You would absolutely feel differently if you or your friends had been ripped off by this clown only to watch him spring up a little over a year later and sell off undelivered inventory to the same community he stole from.

Quite simply you weren’t around to experience it and the reason he’s been called out to this degree came with damn good reason. I’d hope that nobody here would knowingly swallow being stolen from and/or support a known thief- which is exactly what happened with him in the past. Time doesn’t simply erase this shit from the scoreboard.