Hey guys, I’ve put together This 12s2p from 40T cells… putting on my tayto that I’ve been sitting on for way tooo long

With regard to the BMS, If I plan on using it for charge only, do I Just solder across these to keep the signal on? I’ll likely use the unity as I’ve tested it on another build and it’s holding up fine. Would there be any issues to keeping the loop key in, and only having a charge port and the on/off switch from the unity on the outside of the deck ? Fusing the eswitch would Keep the bms on… I know people have mixed thoughts … Thanks all! image|375x500 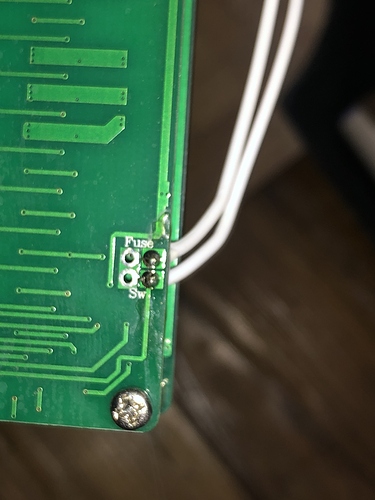 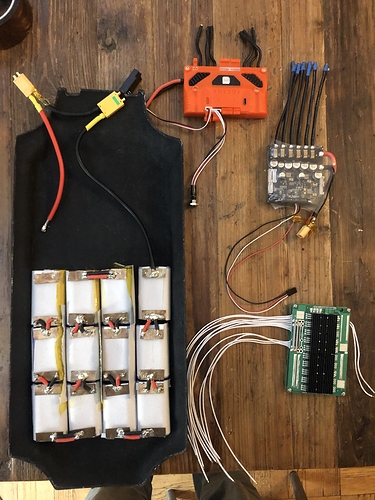 You don’t want to bridge the joint. You want a loopkey style on the wires for reset (smalls and internal to the enclosure, just like an xt-30 or something). If the BMS cuts out for some reason, you have to reset that connection. Would be a PITA if you had to do that by unsoldering and resoldering that point.

If you tell bestech you don’t want to use discharge that’s basically what they do, just at the wire not the chip. 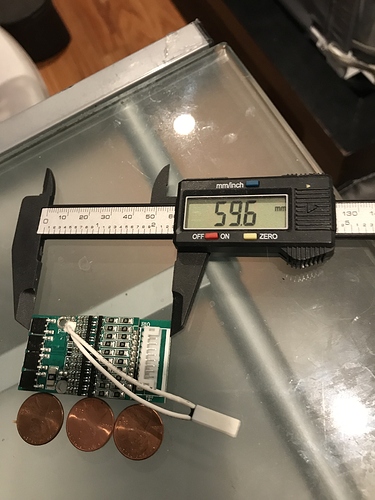 That’s a thermistor on the micro BMS, no room for a precharge circuit

why would you use that monstrosity of a bms for charge only? that things rated to 80a…?

@poloace in future since you already have a thread and asked this question, don’t make a new one. It is not because no one replied within 3h that nobody is going to answer

Or otherwise ask in the Noob Question Thread 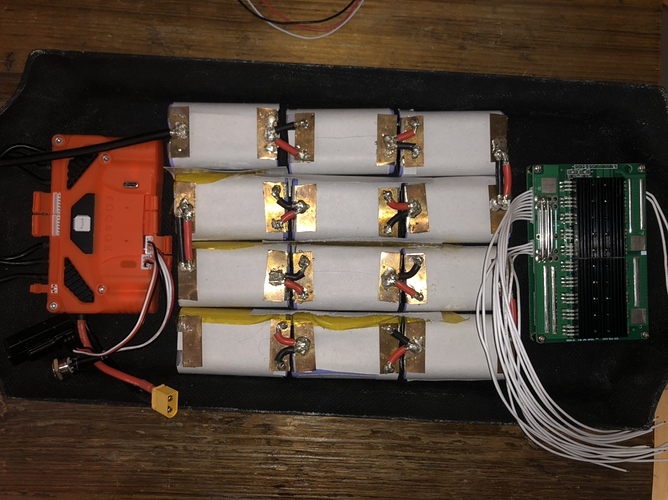 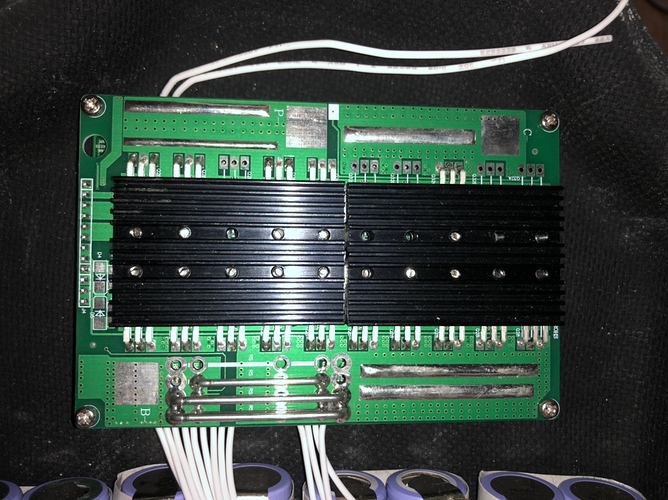 Ok guys- so this will be the layout for the tayto build. Could really still use some help w Bms connections. I will take the advice from above to put a loopkey on the eswitch

If I want to use this as a charge only how do i wire the remaining b-, p- and c-?

Also, what is the consensus on running the larger solder spot b- to the battery vs just using the bms wires? Thanks all. Been a while and feel rusty and don’t want to blow up nyc!

B- needs to go to battery -, even as charge only, the balance leads cannot carry high current, less than 100mA for balancing vs possible 4-6A of charge current. C- goes to charging - port and charging + goes to battery + (the plus side does not need to touch the BMS other than the balance leads). To use as charge only, ignore P- and pull power directly from B- for discharge

Thanks for the quick reply. Just so I have this correct, I have a

1: a B- balance cable going to the battery (one of the wispy little white guys labeled b-)
2: I also have a 10g heading from the solder B- to the battery

With regard to your last statement of ‘pull from
B- for discharge’ do you mean to run a cable from the battery or off of the bms B- solder spot? And would it make a diffeeence? Thanks

1: a B- balance cable going to the battery (one of the wispy little white guys labeled b-)
2: I also have a 10g heading from the solder B- to the battery

Correct, 1 small cable that goes with the rest of the small cables from battery -, also 1 large cable going to the B- solder spot on the BMS

B- for discharge’ do you mean to run a cable from the battery or off of the bms B- solder spot? And would it make a diffeeence? Thanks

Doesn’t make too much of a difference, it is a matter of how you will lay out the wiring.

1)If you run a cable off the bms B- solder joint, then you will need a thick cable from battery - going to the B- point (you said 10g so that works).
or
2)if you start the cable from the battery -, then the cable going from b- to bms does not need to be 10g as it will then only carry charging current, which means you can run as thin as 14 or 16 gauge and still be okay, but ultimately, if you have room, then either way works.