So I’m working on a MTB build and I would like to be able to switch between two lipo configurations: 12s2p and 18s. in my battery box I can quickly switch out the wiring harnesses. I’m running a storm core 100D and I have a metr Pro on it… I’ve used the modes a little bit to just limit speed or limit the amps that I’m putting to my motors… I have seen that there is a bunch of other settings that I can add… So setting up the modes to switch between them… What settings do I need to get between the two on my modes?

Am I missing any?

I have mine basically identical apart from these: 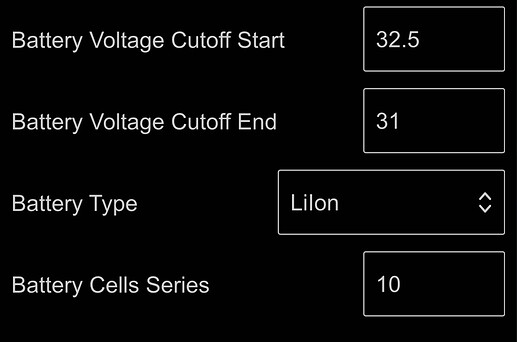 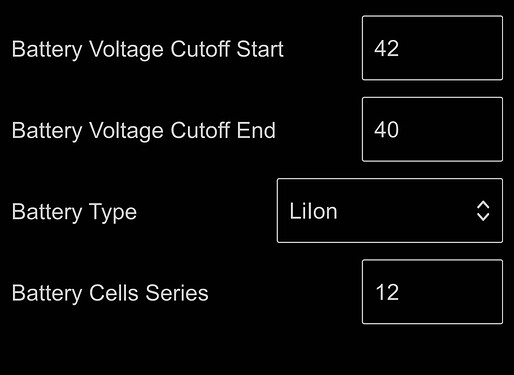 No changes to motor amps?

No changes to motor amps?

I do not believe you need to change anything but the battery start and end values.
Since that is all you are physically changing. Now if your smaller battery can not supply the
same amps you might adjust that.

Common Lipos will handle the amps in 8s 12s 18s so really only the voltage’s need changing.
I have asked myself the same thing but do not see a need to change anything other than that.